GUI Testing: What, Why, How?

How can you determine the quality of visuals your users will interact with on your app or software? The answer is to perform GUI testing. The aim of a Graphical User Interface testing is to establish compliance between functionalities and business specifications.

GUI encompasses a set of graphics assets and visual elements, including colors, radio buttons, cursors, illustrations, menus, windows, text boxes, which your users interact with on your software.

An excellent graphical interface helps the user perform their tasks efficiently and ensures the software product's commercial success. However, you need to ascertain your product's attractiveness, ease-of-use, responsiveness, and outright performance from the user's POV…. before it goes into production. And to do so, conducting GUI testing is indisputable.

For that reason, we will break down the steps to go about it. Backed by over five years on the market, our QA team possess demonstrated expertise, which will act as a resource in aligning our guidelines with correct practice.

This guide is your introduction to the basics: why GUI testing is important, how to carry it out, and some examples of GUI tests — so you have everything you need to start delivering an.

What is a GUI Test?

GUI testing is a necessary check of the interface — web or app — a user works on. The crucial question is, "do all software functionality under test do what they should"? For example, let's ask a user what they see on landing u-tor.com to know if our homepage meets expected requirements.

This is the GUI — the interface a visitor should see: in the exact colors and texts. Anything other than that is a failed test.

This test is impactful to its visual design for any software developed as it checks all graphic elements. The visual design's purpose is to boost the application's aesthetic appeal and usability with suitable images, layout, and color.

Let’s take a look at another example:

Imagine yourself as a user who decided to try a software application. You start the app, and at first glance, it is impossible to understand anything. All the crucial elements are small; you have to work hard to figure them out.

Due to the five rows of the toolbar, there is almost no workspace. ... Naturally, you delete this application and look for analogs with a more pleasant and understandable interface.

The point? A bad user interface is like a cranky receptionist. Unfortunately, both leave a bad taste that lasts. So, we have to get our testing right.

It is worth mentioning that we test the GUI on a ready system's prototype, and every time new functionality is added or changed. QA teams verify some localized changes and the complete system to confirm major integrations and their workings.

Before going into the other details, let's talk about the graphic user interface.

What is the GUI?

GUI simply means an interface program that lets users interact with a computer through its graphic display. This interaction is done using icons, menus, windows, and other visual indicators, instead of text inserted through a command line.

GUI is only a small part of UI, focusing on the interaction of users with graphics. Before the launch of GUI in 1981, users interacted with computer systems through the keyboard. Inputs required lots of typing and memorization of text-based command lines from the user to actualize.

The bottom line of the GUI introduction was simplification. Commands migrated from text to visuals. The control of these commands gave users the ability to interact directly with graphical elements.

What is Tested in GUI Testing?

Now, let's say we want to carry out a test on our GUI. A good practice is first to identify the elements to test. For starters, it will be helpful to ask yourself a few questions based on the concepts of quality that define a "good" interface."

For instance, in the below image, we can enquire the following: 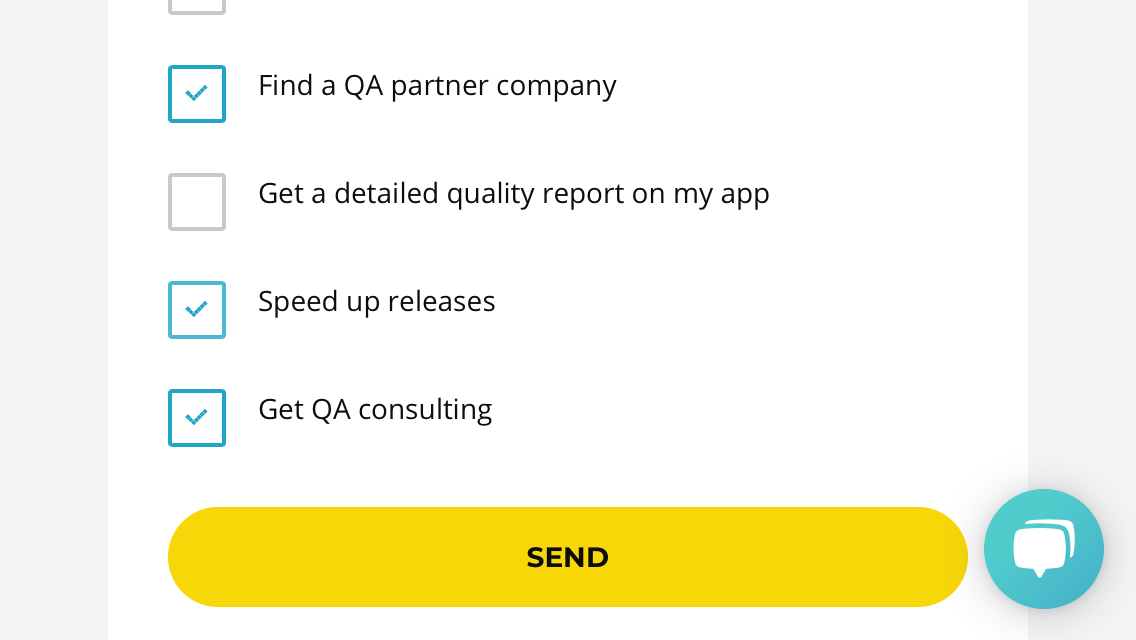 Keep in mind; these are also the components of a GUI. The above pointers then make sense for us to check the elements and some specified areas.

79% of visitors that can't find what they were searching for will go to another website. Understanding the type of graphic design your consumers like and desire is critical in building and launching an application that will best meet their needs. Here are the reasons that make GUI tests very important.

There are some misconceptions about GUi and UI testing and GUI Test Automation Vs. Manual GUI Testing. Let's try to straighten out a few things here.

Difference between UI and GUI Testing

UI testing considers the look, feel, and ease-of-use of an application, mainly to meet the customer's demands. GUI testing is a way of allying up software's functionalities against particular business requirements to see if they were satisfied. Both UI and GUI testing are functional tests.

In our time, automation has fallen into many areas. It is also used for software testing, in particular for interface testing. However, the basic difference between GUI testing automation and manual GUI tests is evident in the tools used to carry them out. Also, manually testing any GUI requires more time and effort than using test automation.

Recommended: check out our blog post on manual Vs. automation testing

How to Perform GUI Tests

To perform GUI testing, we use one of these three testing techniques:

Testing is manually conducted to verify that graphical screens align with the stipulated business specifications.

Testing is automated with programs that help to record and replay tests. We first must register initial test procedures and subsequently replay them in the software being tested.

Testing outcomes are graphed to give a more accurate understanding and prediction of the system's character. This way helps to determine some unwanted conditions within the system. Charts and decision tables are examples of techniques for

Where Do You Start?

For any GUI events that you undergo, consider two fundamental principles of user-system interaction:

To execute proper tests, we need to get some GUI automation tools ready, prepare test cases that will determine the steps, and work according to a checklist.

Let's find out some useful tools.

Tools refer to items that enhance testing when the testing plan is set to the last test analysis steps. Here are examples of some tools for GUI tests: 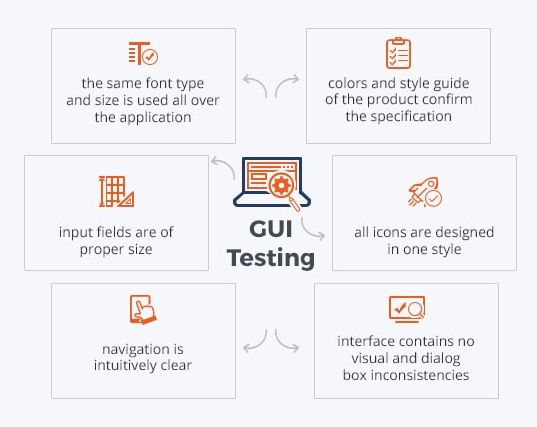 Next: Another crucial requirement is the checklist. What should it consist of?

The checklist contains all the test cases, which are the actions that testers execute in the process of checking functionalities and features. For example:

Benefits and Drawbacks of GUI Testing

According to Statista reports, 48% of respondents established User Interface as one of the main mobile application testing areas. The advantage of a graphical user interface is testing the stark improvement in useability for the average person.GUI testing altogether plays a vital role in brand promotion and market visibility.

We can summarize all advantages of GUI testing as:

On the other hand, its disadvantages span across the following:

GUI testing is necessary to give user-experience the attention it deserves, which also means acquiring the tools required to ensure success. Now, you understand what GUI testing is and how to carry it out; it's time to jump into work. Hire a software testing company or, better yet, put together the technology to help you achieve successful testing. Here, you can check out the different test automation strategies that could make it happen. Don't forget to share this article if you enjoyed reading it.