What is Stability in Software Testing?

Stability means a state or quality of being stable. Similarly, stability testing in software testing involves ascertaining a software application's capacity to execute or accomplish tasks within defined conditions or duration.

The importance of stability testing is to establish if the software application falls short of success in achieving desired functions after exerting its full scope.

A stability test also determines the amount of load a software product can withstand before it becomes overstretched. A system's performance metrics are better estimated in such extreme conditions than in a standard testing environment. 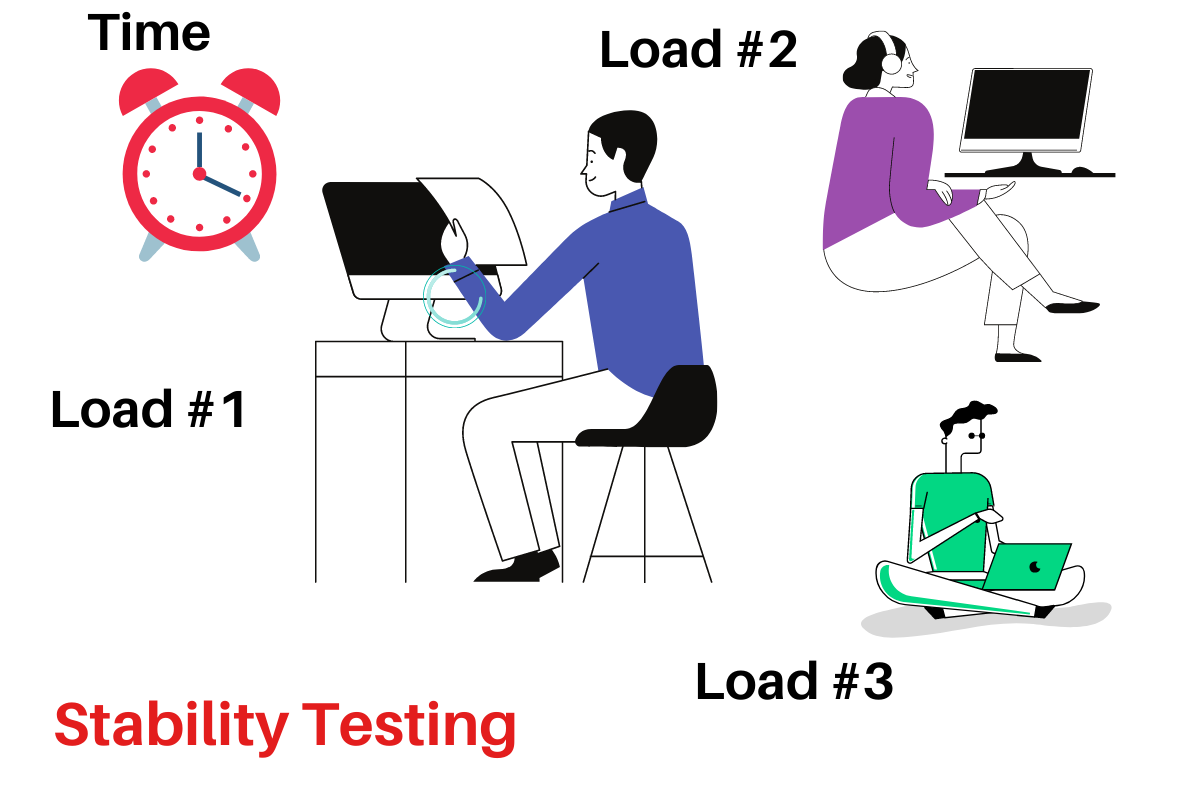 Though this test method is not a must, it helps identify memory leaks and catch errors in the early part of the development cycle. Any software not tested for stability

could develop later problems, especially after prolonged uninterrupted use by multiple users.

As a QA testing company, we aim to inform of the accurate way to do stability testing. Stability testing is a non-functional test, constituting part of performance testing services offered to our clients. This article will serve as an introduction to the basics.

What is Stability Testing?

Stability testing is one of the tests done during performance testing. A simple way to understand stability testing is to imagine the extent to which stress impacts your activity levels. Decreased efficiency and effectiveness are typical reactions to it.

In instability testing, the software efficiency likewise depreciates until it falls apart. The overloaded application under test allows testers to track their ability to cope with errors during execution, adaption to severe conditions, and degree of reliability.

QA engineers mostly stretch the system by deploying mass virtual audiences to use it. The performance metrics are recorded and estimated to know if the application can bear all or parts of the expected load.

What Happens if You Don't Do Stability Testing? 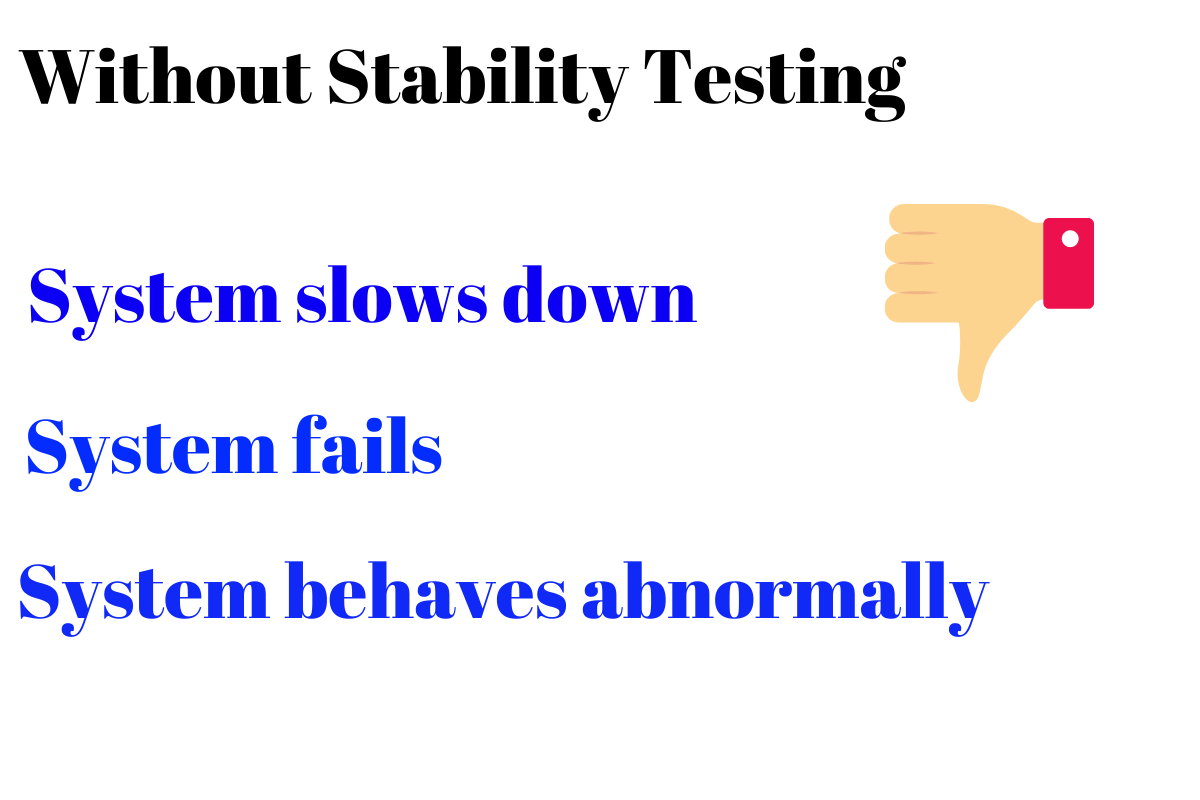 Like every software test, a stability test is needed continually to develop an app, change existing functionality, or fix a bug.

Neglecting to do stability testing can result in total failure and inaction of the system. When launching new software, Thorough testing will help you narrow down costs and efforts to absolutely essential details.

With this in mind, here are classic dangers that are likely to happen when you skip out on stability testing:

Why Do a Stability Test?

The intent of conducting a stability test is to allow users to grasp how the software will behave in real-life cases. Here are several reasons why stability testing is essential, especially for commercial applications:

The stability testing of an E-commerce store, other than the workings of the program, will test ways the platform functions when: 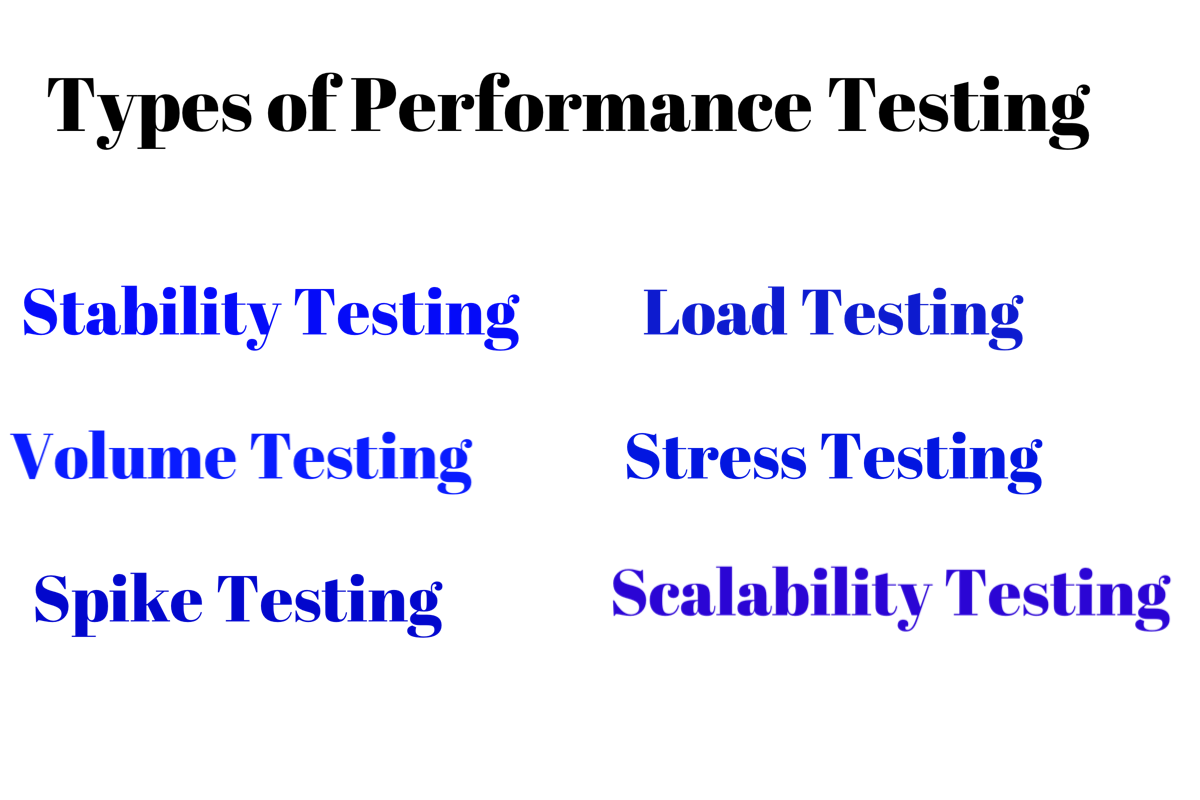 Scalability testing evaluates the ability of software to adjust to a rise in the user load. This test is crucial to structuring the system's capacity.

Load testing verifies whether the system can match speculated user load. The goal is to indicate the limitations of a system's competency before its release.

Volume testing examines the general application's behavior after significant amounts of data are stored in the database. The varying volumes of data cause the software to behave differently during specific times. As such, performance results are measured at different times of testing.

Stress testing includes software testing with extreme amounts of load to figure out how it manages overloading or data computing. The stress testing idea is to flog the system to eventual breakage.

Spike tests check how an application responds to sharp increases in the operations carried out by its users.

Below are some great tools for conducting performance testing. 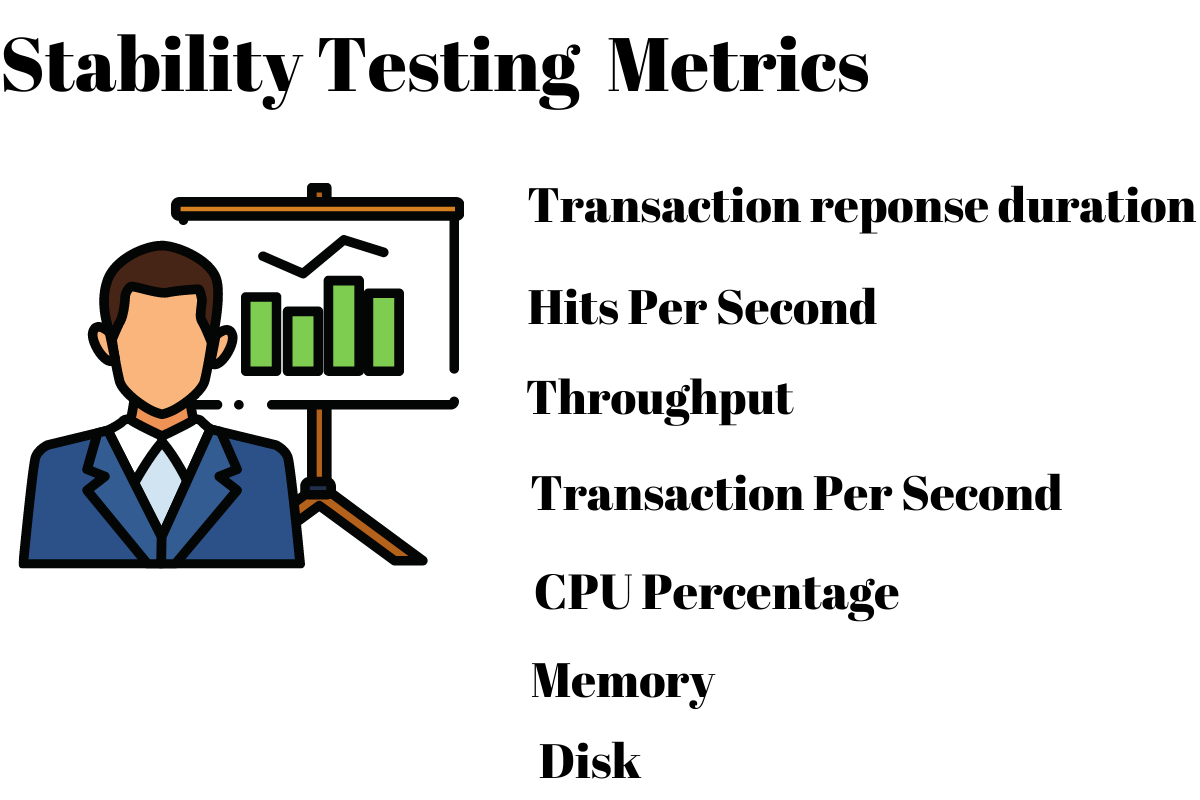 Various numerical data are collected and checked during stability testing. Then a report is generated from which errors can be analyzed and found.

Examples of metrics gathered during testing include:

This means the typical duration of the transaction while testing. This figure ascertains the upper and lower limits of functional intervals specified by the software. This number helps to compute the course it takes for server requests to be forwarded to the app server.

Sums up the total information received on the user's web server during a particular period. The metric gives us knowledge of the user load amount.

Overall transactions implemented while testing. It includes the pass and fails categories. Insight into the real system's transaction load is generated from it.

The amount of memory expended in the test.

Checking the state of reliability, scalability, and efficiency of the software is paramount to achieve concrete business goals. Stability testing provides a means to judge these performance parameters. It improves your application's user experience and gives you a competitive advantage in your niche.

However, knowing how to perform this test, in theory, is not enough. Without experienced performance testers, it will be challenging to implement. In the worst case, it yields poor test results, and all the resources go to waste.

Hence, if you're interested in hiring or outsourcing your stability/performance testing project to a QA, we recommend you check our blog post on performance testing interview questions and answers. This will project how to hire testers in real-life.