A complete understanding of software performance is impossible without the help of qualified performance testers. According to a MarketsandMarkets report, the crowdsourced testing market is projected to grow from USD 12.6 Billion in 2019 to USD 28.8 billion by 2024. This means equally attractive opportunities for employees and employers. Hence, the database of potential performance testing candidates will continue to multiply. 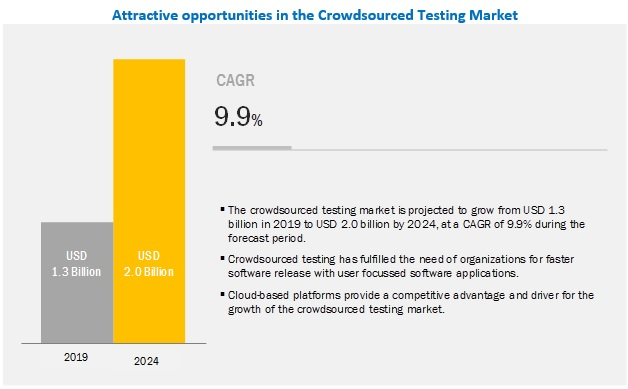 For companies looking to clinch the best candidates from the talent foundry, meticulous and detailed recruitment is key. At the same time, without a knowledge of relevant performance testing interview questions and answers, finding an apt candidate to conduct a performance test will, in fact, become grueling. To make things easier for you, we came up with this invaluable compendium of questions that we deem fit to ask the candidates offering performance testing services to your organization.

This set of questions are culled from years of experience in solving intricate problems in penetration QA processes. They will help you make the most out of your recruitment and should be adequately answered by the most suitable candidates. Also, do check out our blog post on Top 50 Software Testing Interview Questions and Answers if you're interested in working with a diverse team of QA engineers.

Performance testing, just as its name implies, is a process of conducting professional checks on all the operations of software. In order words, performance testing analyzes how well the functions of a software carry out their duties.

2. Outline the Types of Performance Testing

We have outlined some of the most common types of performance tests, including:

Load testing is the process of analyzing the performance of software as it is receiving data. This test is used to know how well the software will operate when it is saddled with many loads. The load can be data or information of any kind. Within an operating system, the load can be an application or a program. Some software can start performing slowly when much data is processed through it, while some continue to operate at an optimal level no matter how much information is being processed.

Stress testing takes a broader approach when dealing with the performance of the software. It takes into consideration the amount of data being processed, together with the length of time taken to process the data, together with the connectivity levels, and the other software running in the background of the operating system.

Some software tends to give in when the stress levels are high, and stress testing imitates the effects that a stressful situation will pose to the software. Conducting a stress test will help you improve your software's resistance to be able to operate correctly, even with imposed high-stress levels.

This type of testing is equivalent to pushing the software to the edge of its performance. Spike testing induces the software's highest possible operation level to analyze its potential and weaknesses that require improvements. For instance, when vehicle manufacturers are testing the engine of a car being assembled, they conduct a spike test on the engine by running it independently to the extent that the engine body becomes red hot. Usually, a customer will not use the car to the extent that the engine turns red hot. However, that spike test is conducted to be doubly sure that the engine will not break down easily. Almost the same principle is applied while spiking testing software. It is simply pushed to its limits.

8. Explain the Most Common Performance Issues

These issues are generally due to various factors, including an increase in the amount of data being processed, how long the software had been running, the available connectivity level, the network established between the software and an external source, etc. 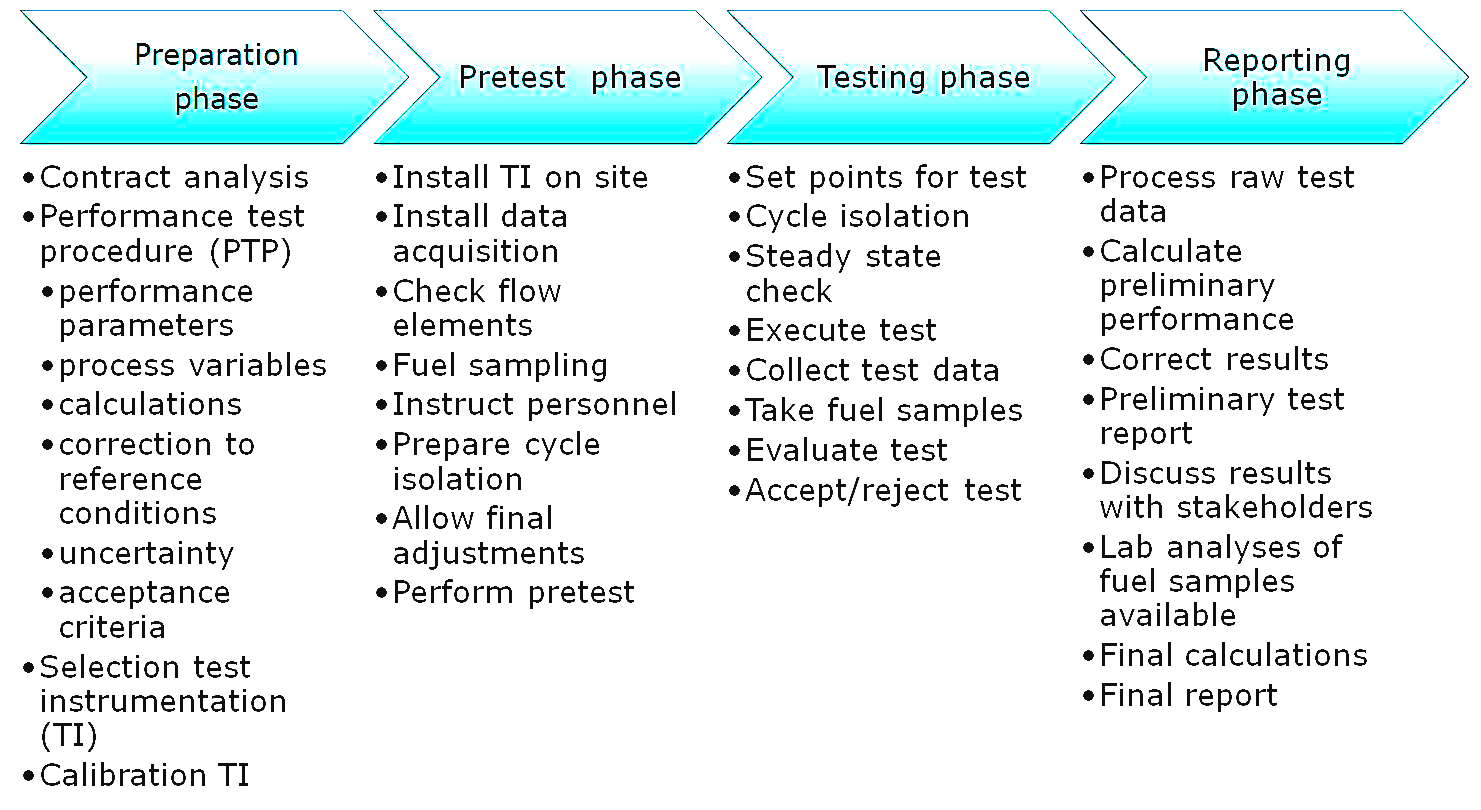 Firstly, the software to be tested should be analyzed, and its performance levels before the test should be documented.

Secondly, the testing medium that will be used to carry out the test should be analyzed. Whether it's going to be an automated performance test or a manual one, the automated system and the manual testers have to be cross-checked.

Next, the performance test should be executed accordingly. All outcomes should be monitored as the test progresses, and after the test, all the results must be adequately documented.

Functional testing involves checking whether the different software functionalities are doing what they were initially programmed to do. For instance, can a calculator software perform essential functions like addition, subtraction, etc.?

In the case of Performance testing, the correct functionalities are analyzed to determine how well they perform. For instance, those essential calculator functions we stated earlier might be operating at a very slow rate. The calculator's core might not synchronize well with the basic functions, causing a glitch.

11. How does Endurance Testing Differ from Spike Testing?

These two tests are similar but have their differences.

12. What Is the Best Way to Carry out Spike Testing?

The best way to carry out spike testing is to bombard the software with data, operations, random connections, networking, filling up the software storage, and initiating every single functionality. This way, the software is pushed to its limit and may or may not crack under such pressure. The critical thing to do is to document its performance changes as it is being bombarded with operations.

While carrying out a performance test, do not be quick to allow multiple test systems or testers all at once. Each test has to be executed by one particular tester at a time to gather a more accurate conclusion. Running one test with multiple testers can muddle up the process.

Before, during, and after each performance test, you must document the software's amount of workload. Without documenting the workloads, you will not know the breaking points, or weaknesses, or strengths of the software.

Most times, neglecting the testing of some functionalities of the software can be costly in the future. Do not ignore any function, no matter how small it may seem. A little function that malfunctions can freeze the whole software.

This refers to the number of operations carried out by software in relation to the time frame within which such operations are performed. For instance, for a call software, the amount of incoming and outgoing calls per second, per minute, per day, per week, per month, or per year, all represent the software's throughput. Thus, one can firmly state that the throughput of software is equal to the operation amount divided by the time taken during the operation.

15. How Does Benchmark Testing Differ from Baseline Testing?

As its name implies, this is the process of improving software performance levels after you must have conducted a test to identify where an upgrade is needed. During performance tuning, codes are re-written, storage capacities are enlarged, networking capabilities are readjusted, compatibility is improved, endurance levels are improved, immunity is introduced to some areas, etc. Performance tuning is simply correcting the software's drawbacks and raising its standard to accommodate higher operational levels.

During performance testing, information is automatically cached or stored temporarily. It is highly not recommended for testers to rely on cached data because of its unstable and temporary nature. However, cached data can provide in-depth minor details that can easily be overlooked, such as the adverts on a particular web page.

It is imperative to understand that out of the many tools for carrying out performance tests, only a few have been highly secure, accurate, and useful. An experienced performance tester should be able to identify the best tools. He/ she should be highly knowledgeable in using the best tools. He/ she should also have a black book of dangerous tools that should never be used.

Here are some of the best tools for performance testing:

As its name implies, a protocol is simply the guidelines that oversee, authorize, or restrict the transfer to data or the interaction between two or multiple systems. Protocols are set up to create orderly communication networks that meet the specifications of each other. There are simple protocols, and there are complex ones, depending on the communication network being established and on the various systems doing the interaction themselves. Here are some standard protocols: 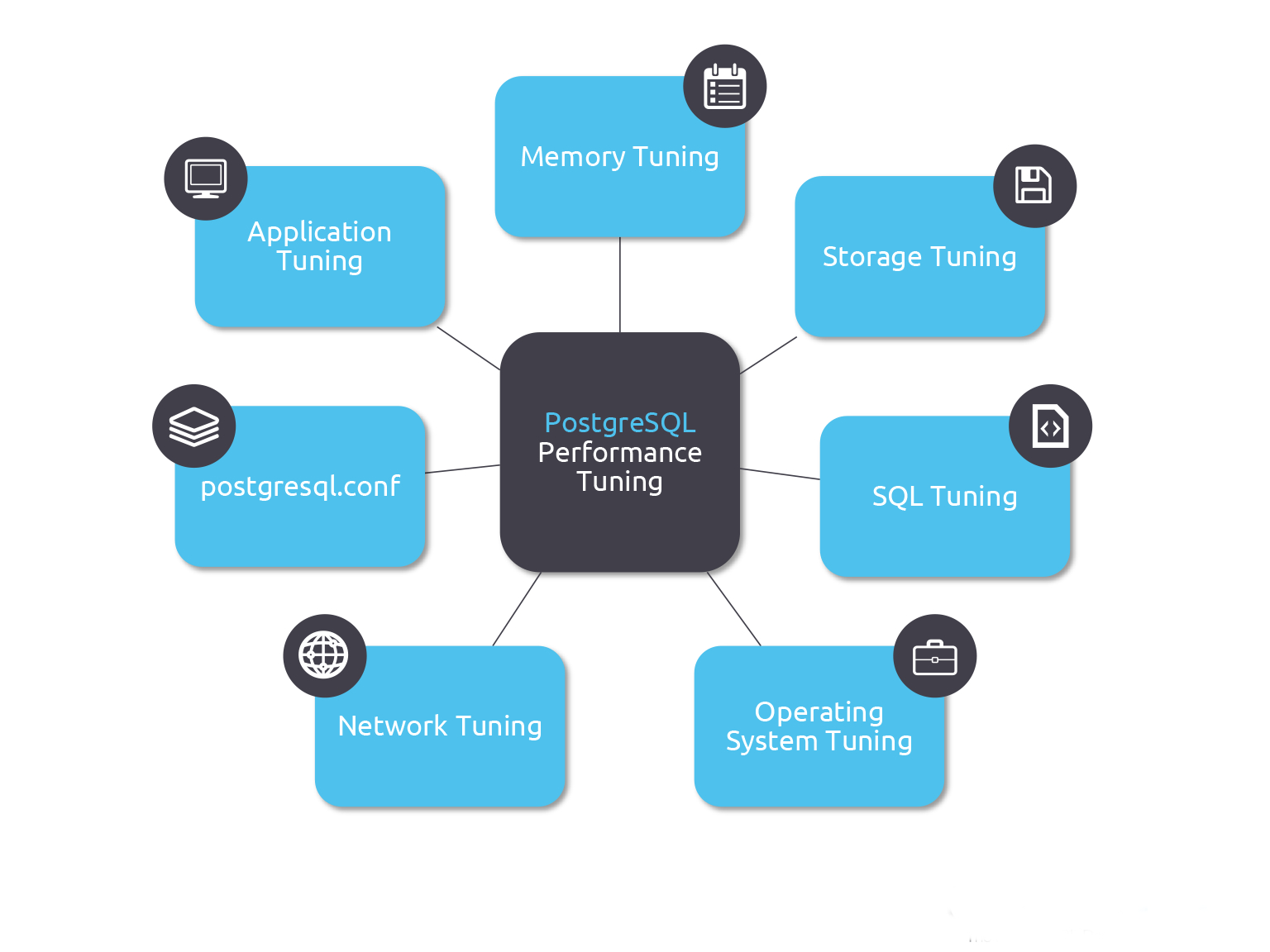 There are two types of performance tuning, namely: Hardware tuning and Software tuning.

Hardware tuning is the process of improving the physical structure of a system, which can include its physical design, its skeletal construction, its ports, its antennas, its lighting systems, etc.

We all understand the difference between hardware and software, so the above tuning comparison should be easy to grasp.

21. What Are the Advantages of Performance Testing?

Profiling is an identification process that picks out the issues impeding the optimal operation of a software's functionalities. During performance testing, profiling helps identify the smallest performance defects that may not be fully expatriated during the test. All the details of such issues are brought to light, including their location, programming structure, type, size, etc.

Soak testing is a type of performance testing where a particular load or circumstance is continually fed or introduced to the software over a long period to ascertain how well software will operate with an absolute load. Simply put, the software is soaked with a particular load or function. This way, the organization becomes fully aware of how their software will react to that specific load.

25. Describe the Term “Bottlenecks” in a Software

Bottlenecks are the performance issues faced by software. As explained earlier, the commonly encountered bottlenecks are:

All these issues can be referred to as Bottlenecks.

26. Can End-users Carry out Performance Testing?

To answer the question: No, end-users cannot carry out performance testing; however, they can discover bottlenecks while using the software. If at all, users must participate in the testing process, then it's best at the User-Acceptance Testing Phase.

This term can be described as the number of times in a moment that particular functionality is initiated in software. For instance, in a web app, the concurrent user hits on the 'Homepage' can be twice as much as that of the 'Contact Us.'

Some software can develop bottlenecks when there's a high amount of concurrent user hits, which can be detected during performance testing.

Here, the candidate will talk about their experiences with performance testing. They should be able to answer questions like:

The candidate should be able to explain their most difficult performance testing experience adequately. Using this skill set will help you to understand their weaknesses and how they were able to improve. Difficulties are meant to serve as stepping stones to a higher and more professional level. Experience, they say, is the best teacher, and when the going gets tough, the tough get going.

This question must be answered by the candidate with a high level of enthusiasm and confidence. They should be able to demonstrate that they did some research about your company and should be able to state the value they will add to the company. The idea is for the candidate to make a compelling and professional statement concerning carrying out a performance test on your software.

Great candidates don't just want to know what you think: they want to know what your business plans and future needs are, and how they can contribute to those plans. As you already know, every player faces a significant challenge—could be technology adoption, ever-changing market trends, mega competition, and shifting of budgets for more profits.

According to MarketsandMarkets.com, the crowdsourced performance testing market size is projected to grow from 1.3 billion dollars in 2019 to 2 billion dollars in 2024. To keep ahead of the pack and leverage most of these market size advantages, you need to place your business with the best talents. Testers at Utor combine both Agile Methodologies and customer-specific approaches in providing software testing solutions to clients.

Hopefully, this guide will streamline the task of hiring a performance QA team. We'd love to hear your opinions and feedback on other useful performance testing questions and answers.