Why is testing important in the stage of software development? Can you say whether it will bring value to your product?

Software development requires both strategy and thoroughness. While testing may seem overwhelming, its importance cannot be overstated. But not all organizations are aware of the benefits of software testing throughout the development cycle. Hence, many tests only after coding.

Our efforts in this article are to show you how testing can improve the overall health of your application and business bottom-line. You need to test at every stage of development. Let’s first understand software testing in-depth before uncovering its advantages.

What is Software Testing 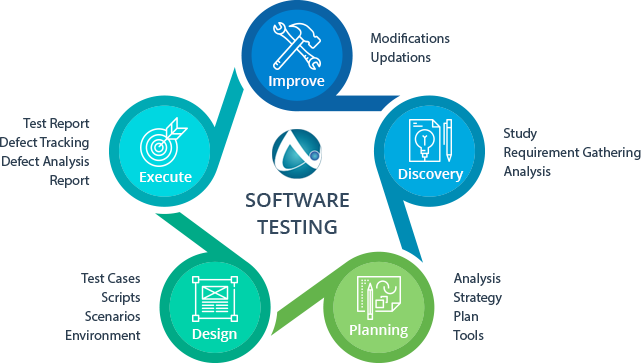 Software testing can be defined as a way of detecting glitches in a program. Hence, the application performs according to the developer's configurations to meet the customers' specifications. It is also known as acceptance testing.

Types of Tests Conducted on Software

Testing software is described as validating a system through spotting a glitch, void, or an incomplete configuration contrarily original configuration.

Testing of software can be classified into two, which are: 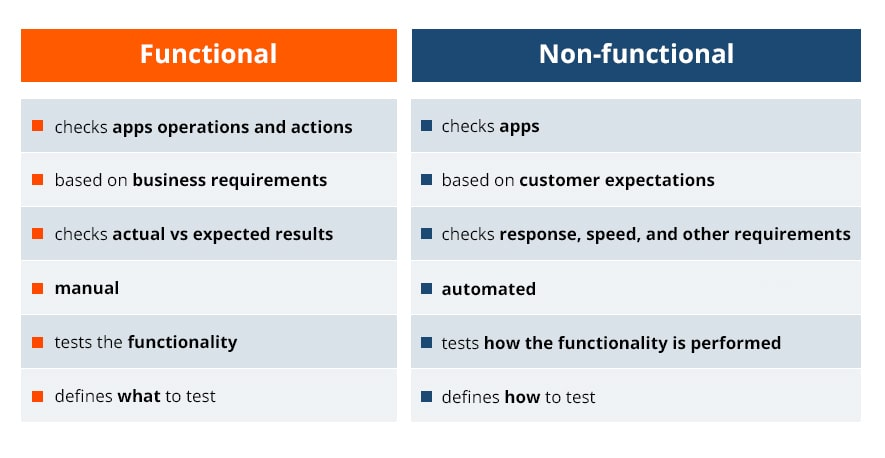 This software testing type certifies the operating system counter to the operative specifications. Functional testing aims at scrutinizing several parts of the application program by presenting the relevant and well-organized data to corroborate the expected outcome against the available specifications.

This testing can be subdivided to include the following:

This is defined as the method contrary to the other software testing aspect, which is functional testing. This testing type is performed to assess the elements that were not scrutinized during the functional testing, i.e., efficiency, user-friendliness, and so it goes.

This type's primary purpose is to authenticate the product's actions by the specifications or below par. It scrutinizes every aspect that was not included during functional testing. This type of testing is mostly ignored in end-users' daily activities because it contains the minimal part, making it essential if not equally.

Various big stake buyers have the desire to effectuate the users' specification as regards application functionality. However, if the application is fully functional after the tests, it would be used by consumers who are undoubtedly the ultimate consumers. There is a probability of coming across an error concerning how it works, i.e., the performance might not be so great due to neglecting the nonfunctional testing. 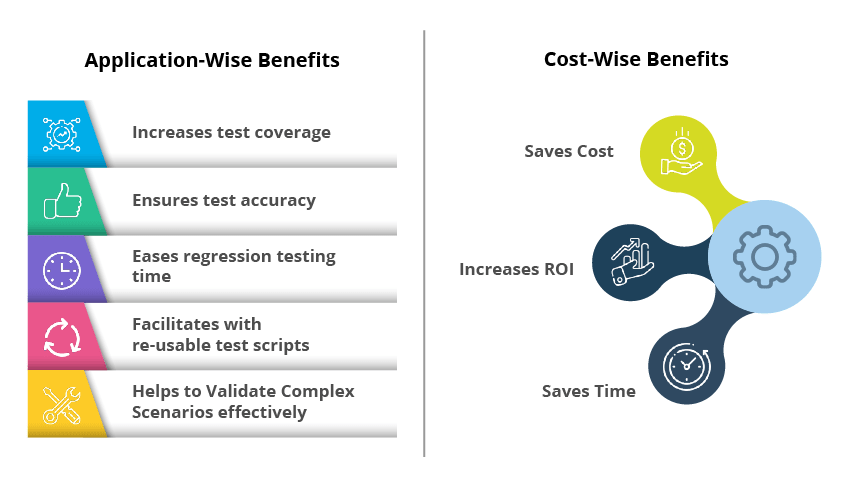 Is testing of software as crucial as emphasized? Acceptance Testing, as we all know, is significant because nobody is above making an error. A few times, the errors made are unnecessary, although many are destructive and grave.

There is a need for a thorough check of the entirety of the software and everything manufactured individually or collectively being mistakes occur, and it could happen when we least expect, and we make mistakes continually.

There is always a basic instinct that whatever we develop would have glitches. Therefore it is essential to pursue the work we made ourselves for errors. Nevertheless, errors come from a lack of perception, making us not notice the same mistakes we made when developing the product.

Already spoken of enough, we see the need for another person to test the product developed because they are most likely to identify the glitch.

The primary importance of software testing include:

Software Testing benefits in several ways for whichever firm that decides to authenticate the software's capabilities. The area for discussion here would be on cost maximization, testing included in your project would prove to have been economical and wise in the long term.

There are different levels when developing software. It is more inexpensive to fix a hitch in the earlier stages, which further explains why the software should be tested at the initial level. Hiring experts who are well versed with massive years of experience in software testing on a project would be a significant stake that would be profitable in the financial sense.

A great instance to stress software testing's essence could be when an individual download an app because of its outstanding features and attempts to register, thereby encountering a popup notification depicting a glitch.

As a result, the organization or financial startup involved would lose many customers because most of them won't register. Also, it would be fruitless because software testing wasn't performed at the initial level. Thus, the consumers will search for a product with the same features and would not return to the old one due to the glitches encountered.

He/she will go and find another similar app that works and probably will never return to that one because of the unpleasant experience they had with the vulnerable app. Testing out rightly aids in economizing finances and saves time over a more extended period since viruses are fixed before more threatening issues arise.

The amount for repair and adequate safety measures are on the cheaper budget. When the product works at the maximum level required, the financial startup or firm would be safe from unfavorable situations that would have affected its finance.

Security is also a vital and foremost role in software testing because it is the most susceptible and maybe the most fragile part.

Notable complaints have occurred where customers' personal information has been leaked or gotten illegally by hackers and used for their gains. A concrete justification of why the public is searching for more secure software can be depended on. 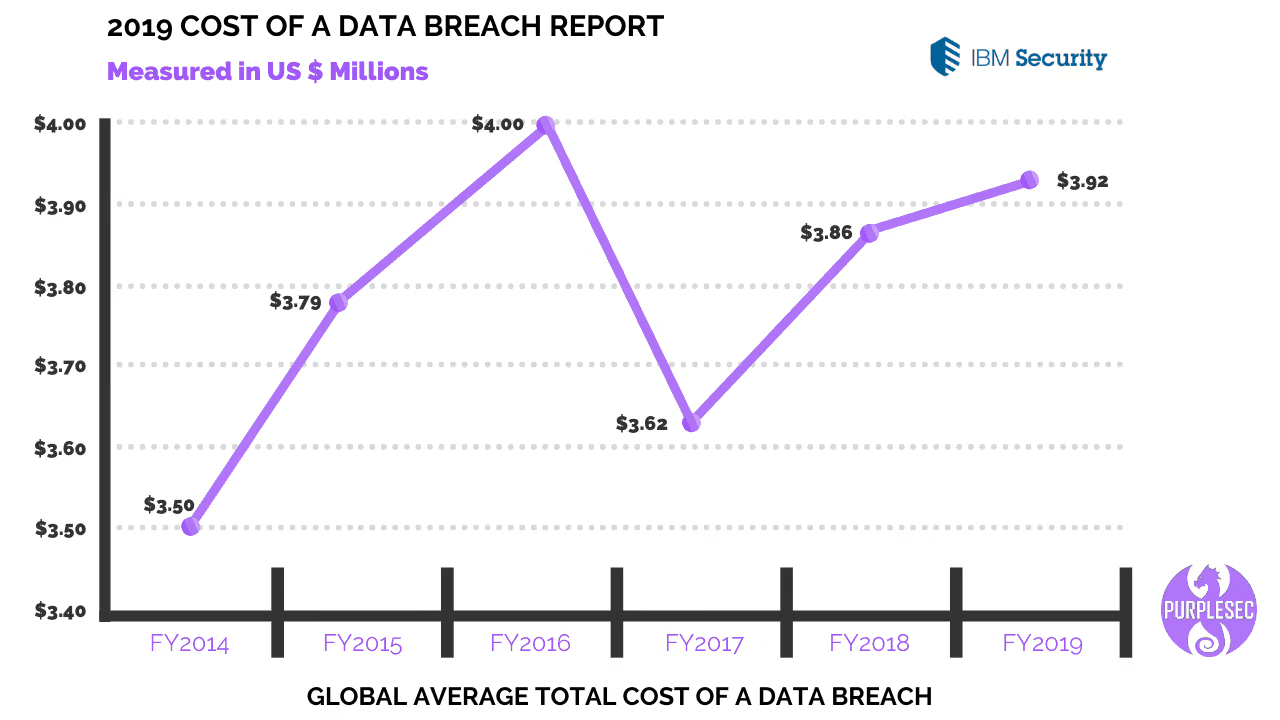 Being a diverse user of software products, there is a constant search for an app that would bring an air of confidence and confidentiality to share my details, being sure it would be safe. The need for personal information and whatever we carry out with it being private cannot be overemphasized.

Applicable methods' where software testing helps in ensuring the security of a software:

Performance and Peculiarity of the Software

To make whatever imagination the developer of the app conceived comes to reality, the product has to function as programmed. There is an essential need to adhere to software specifications much to a degree because it would help the developer arrive at the much-desired outcome.

In different ways, products have always aided users in carrying out various tasks as desired, making it paramount that whatever worth is assured should be offered. Accordingly, the software should be functional to guarantee noteworthy customers' satisfaction.

An instance would include trying to develop an app. There are many procedures to follow, and every bit of it would be looked at and scrutinized if tested.

Software testing inspects if the app's visual images are appropriately coordinated, scrutinizes to ascertain that if the layout is comprehensible, reviews the principal performance e.t.c. Subsequently, when software builders resolve a hitch, another glitch could be found in other segments within the app out of the blue.

Encountering another glitch in other parts of the app after testing occasionally happens. It is excellent to search the issues, resolve them, and include other aspects to form the distinctive app presented as aware in the global market.

The software's adaptability to match a device properly includes an app's compatibility across different operating systems and devices. Organizations that perform testing generally possess other gadgets and apparatus available to complete several countless situations as probable.

There are various angles to testing, which involves the tester's comments and evaluation based on their experience while trying out the app. Pointers from experts in the industry can be very astute and change and facilitate the product to be convenient for new users.

The foremost objective in the mind of a developer would include providing avenues to maximize the users' delight when employing the app's features, thereby encouraging customer content with the product. Software and applications must have been scrutinized at the initial stage of development to bring about the perfect user exploits attainable. 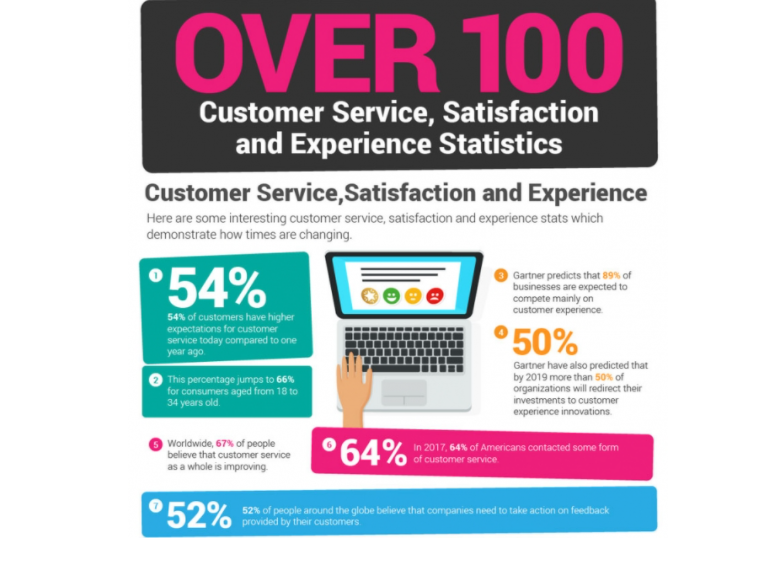 Having a tag amongst users that might be a great app within the current market that offers more products than the consumers require would help the developer earn the trust of clients who are forthright and would have massive effects over perennial periods.

Having had a great experience with the product, users will undoubtedly introduce their families, friends, and whichever acquaintance they deem fit to the app, thereby making an indirect advertisement for the developers.

If the product is always experiencing a temporary malfunction and not still functional, it's unlikely to earn the customer's trust. No doubt, each of us has used many applications and have some unpleasant experiences that caused you to uninstall the app and advise others against downloading or using the app.

There has been an increase in developers' ability in present situations, thereby flooding the global market with applications of different qualities. This may create a severe conviction on the user to get acquainted with the app is necessary because it would prompt a dislike for the app, making the consumer search for alternatives with identical functions to meet his/her specifications.

If the developer decides to test the product at the initial stage of the development, it will bring about its tremendous value, making it remarkable in the market. Ultimately, testing helps to avert different glitches that would have limited the app's functionality that would have made it below par.

These are the importance of software testing and the need to satisfy consumers. Various companies out there perform testing and boast of having diverse gadgets at their disposal to carry out testing on whichever product you can develop. But how can you verify the expertise of teams you will entrust your testing projects too?

Here’s a guide on software testing interview questions to master the answers to relevant recruitment questions and ensure that you hire the right candidate.