What is Penetration Testing?

In a modern digitalized world, information is one of the most precious commodities. Most of the data today is stored on private servers and in public cloud facilities. If a corporate network is connected to internet, which is ubiquitous in modern business, sooner or later someone would try to breach it - out of sheer interest or looking for valuable data. Despite sizable efforts many companies and cloud vendors put into ensuring the safety of the data they store and operate upon, what one human built, another can break. Top it with cases where sensitive information is revealed thanks to human factor, like one of the biggest recent instances - First American Corporation breach - which left more than 850 million customer records exposed and you can get a picture.

Any lucrative activity attracts the attention of people seeking to make easy money. Black hat hackers steal commercial and personal information to demand ransom, blackmail or sell to highest bidder. So, we all heard stories about successful data breaches and gruesome reputational and financial damages these bring about. Such accidents happen quite often lately, wreaking havoc even on blue-chip enterprises to say nothing of smaller fry

The financial losses caused by data security breaches amount to six-digit numbers annually displaying a steady growth pattern despite the security measures taken by companies. The exposure of customers’ data cost Desjardins Group $53 million, Norsk Hydro spent up to $75 million to cover for the losses inflicted by a cyberattack, British Airways footed the total bill of $100 million that resulted from GDRP violation. Naturally, these are the top cases, however, according to the 2019 IBM report, the average sum that companies have to fork out to redress data breach ravages has risen to almost $4 million - an astounding 12% growth within just five years!

Given that the scope of the calamity becomes ever more appalling, businesses try to come up with effective data-protection strategies. As an established data protection experts, we consider penetration testing a cornerstone of any successful protection strategy.

Penetration Testing: What Is It?

Known under a shorter name of pen testing and a euphemism 'ethical hacking', this automated or manual practice consists of tampering with a computer, a network, or an app. Why would anyone agree to have their hardware and software tapped (even if it is just make-believe)? The answer is simple: reliable and official white hat hackers who exercise the penetration can identify system vulnerabilities that real hackers may exploit.

Alongside this master goal, penetration testing may have some collateral objectives including assessment of the corporate security policy as a whole, monitoring an organization’s compliance with legislation requirements, gauging the personnel awareness, and sounding out a company’s ability to detect and react to security issues. The diversity of penetration testing goals can be explained by the wide variety of systems it is applied to. 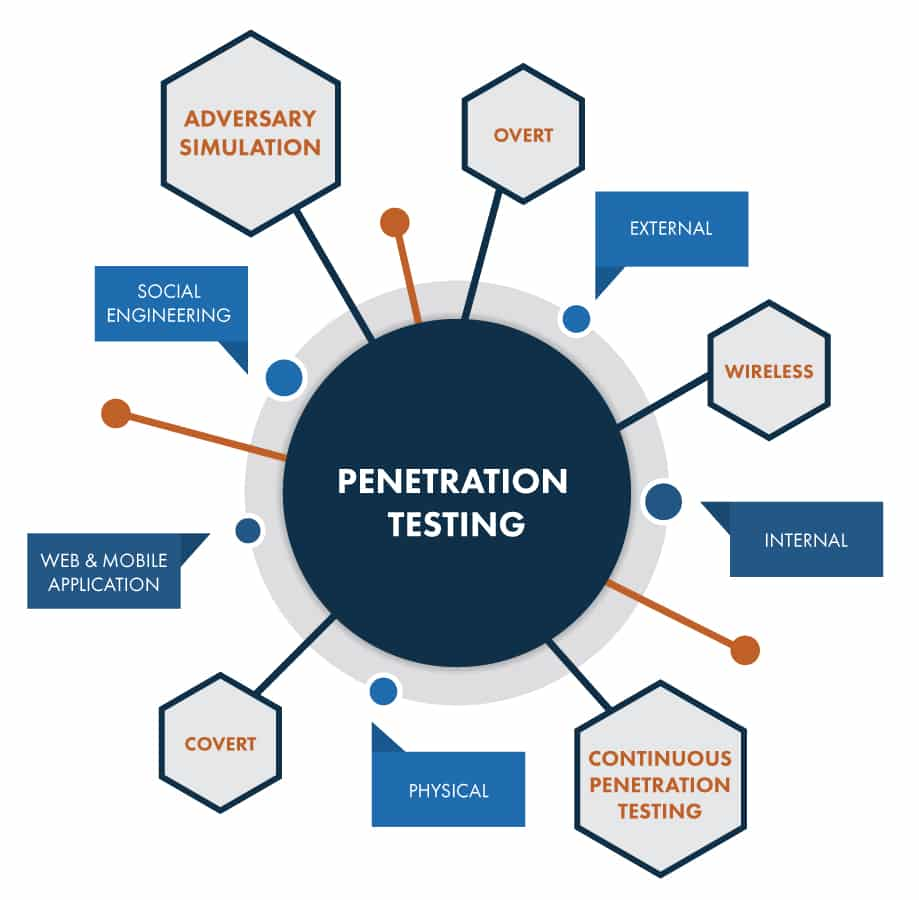 The results of a test are reflected in a report that serves as a guideline for the organization to modify its security investment schemes to forestall possible hacking attempts. If probing penetration was against an app, its security vulnerabilities are revealed to developers allowing them to introduce necessary corrections.

The Benefits of Penetration Testing

Penetration testing is beneficial in many respects:

Here are brief answers to questions most often asked about penetration testing:

Routine testing is to be performed at least annually. However, additional tests may be recommended in case of major shifts within the organization, like adding new infrastructure or significant revamping of the existing one, opening new offices, introducing new security software, revising end-user policies, etc.

Conditions for selecting ethical hackers are simple: they should not be aware of the current security measures of the revised company and be trustworthy. The first condition makes it clear that outside agents should be involved in the testing so that it will be as similar to real attack as possible. The second condition urges you to approach the choice of pen testers with caution. You should hire experienced specialists with impeccable background and excellent reviews. In this respect, UTOR ticks all the boxes and can handle any security-related tasks to improve your cyber protection.

At this stage, the scope and the aim of testing are determined as well as the systems to test and methods to employ. When done, the testing team collects intelligence about the network, domain names, mail servers, and other elements of the tested infrastructure up to the smallest ones.

By scanning the tested infrastructure's objects (both in an isolated state and as a whole), the team can realize how the system reacts to intrusion attempts.

This is the core stage of penetration testing. Using SQL injection, cross-site scripting, backdoors, and other hacking methods, the testing team seeks to reveal vulnerabilities. Discovered tears are leveraged to escalate privileges, intercept traffic, steal data, and do other deleterious things to fathom the possible damage.

Persistent threats are bugs and breaches that endure within the system for months enabling repeated thefts of data. The testing team tries to see if any of the detected vulnerabilities are of such nature.

The final report is drawn upon the completion of testing. It includes the details about discovered vulnerabilities, sensitive data that was or could have been tapped into, terms of breaches, and time during which testers managed to stay undetected within the system. 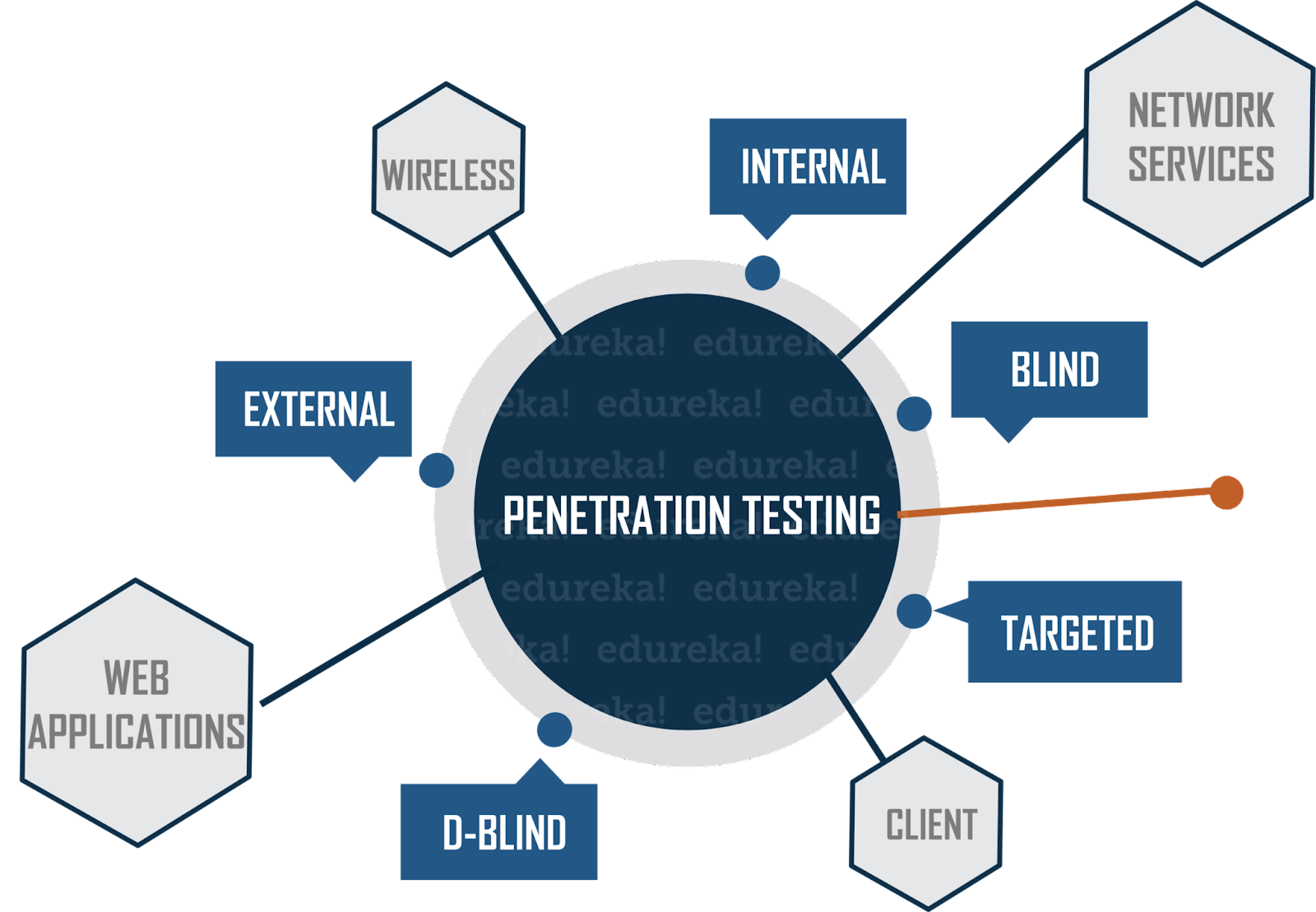 There are several directions of pen testing:

During such testing, websites, DNS (domain name server), email, and other externally accessible resources are targeted. In white-box testing, which is a subset of external testing, the would-be intruders are briefed on the security measures practiced by the company beforehand.

It simulates an attack by a wrongdoer from within the organization.

Also known as a black box testing, it is performed by security experts who only know the name of the tested company. It also serves as a real-life drill for security staff.

This method is similar to the previous one but the company personnel is not warned of the attempt beforehand. This allows evaluating the preparedness of the internal security department and its ability to detect unexpected attacks and mitigate their results.

It looks more like training than an attempted hacking because in targeted testing “the victim” and “the perpetrator” work in close cooperation evaluating each other’s actions. Such an approach allows the security staff to adopt hackers’ vantage points in assessing their company’s security policies and measures.

Whatever methods the testers apply, they cannot do without testing tools.

Today, a plethora of tools that can be used for penetration testing exist, so novices in the field may be at a loss which one to employ. Having accumulated considerable experience in this sphere, our team can narrow your choice to the most efficient pen-testing instruments that are a part of our technological stack. 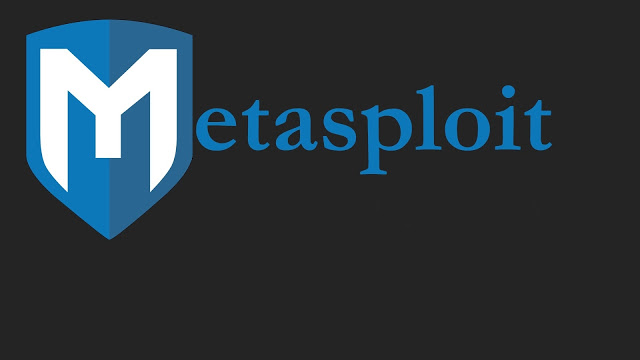 This is probably the most widely used tool. Its popularity is explained by two features: it is very powerful (allowing running several tests at once) and automated (little preliminary technical background is required to use it). Metasploit has several modules, each geared to scan a specific system for vulnerabilities and check if it is possible to exploit them. It operates based on an extensive exploit database that contains easy-to-load scripts. In essence, exploit is a code that can bypass security barriers by leveraging known vulnerability or several, and launch a payload - another code, that would provide access to the targeted software and hardware.

Currently, Metasploit features over 1,500 exploits, has commercial support from Rapid7, and is compatible with Linux, Microsoft Windows, and Apple macOS. Among its other fortes are the availability of both command-line and graphical user interfaces. The major downside is quite a high usage cost. 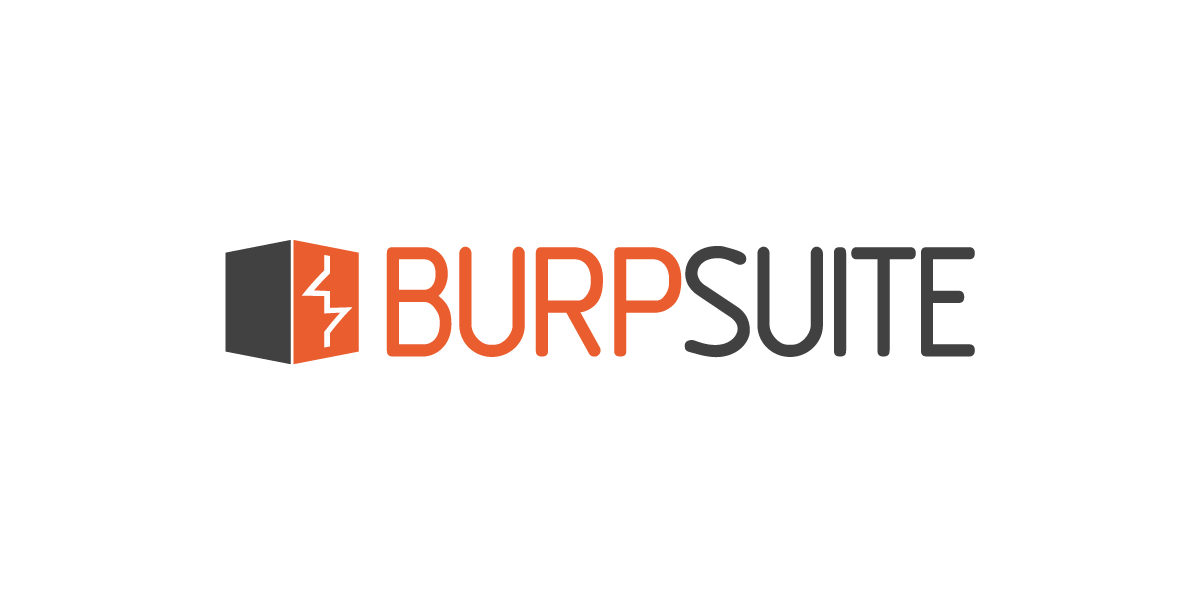 An expensive application pen-testing suite aimed at security experts. The community edition is cheaper, yet it falls short of the enterprise version in functionality, which explains the latter’s high price (starting at $4,000 per year). In addition to scanning options, Burp Suite offers proxy capturing, command injection, and even an intrusion testing tool (albeit a limited one). 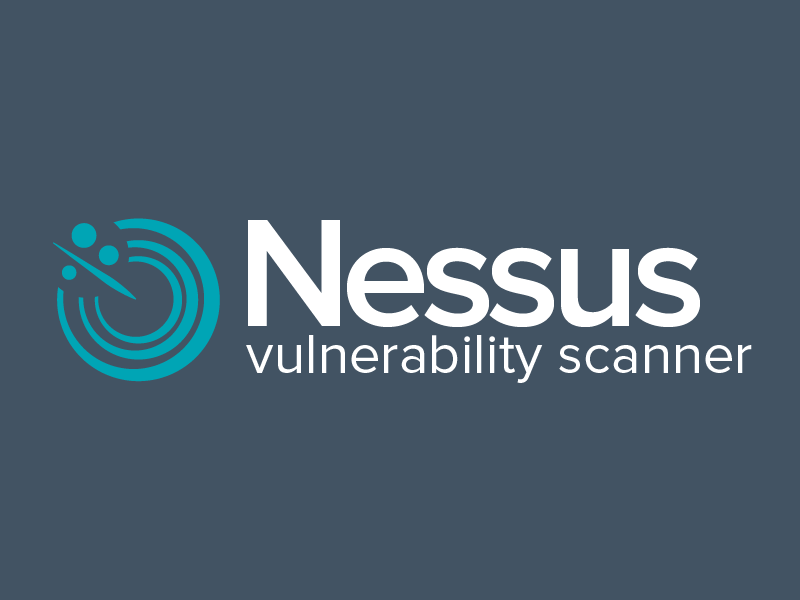 This tool is almost twice as cheap (a little over $2,000 a year) but lower price hints at its more limited nature. Its 450+ templates are honed to detecting vulnerabilities (including default passwords, obsolete patches, open email relays, and out-of-compliance configurations), yet you have to apply other tools to exploit them. However, within its competence Nessus reigns supreme, enabling IP scans, sensitive data searches, open ports analysis, malware detection, and other software flaw identification measures.

The numerous assets of Nessus and the policy of encouraging feedback to be later used in optimizing the tool earned it a high repute within its province, with 2 million downloads and 27,000 companies using it worldwide. Its interface takes some time to master, but you can perform very fast scans that may serve as a preliminary stage for the PCI-DSS audit.

Apktool is very specific in its applicability. It is used to reverse engineer the Android binaries. With the help of apktool, a user can decode an app to its original form (including resources, XMLs, and manifests). This allows checking the efficiency of the employed obfuscation methods.

The tool also has automation capabilities. Despite being a narrow-scope instrument, apktool is an excellent fit for its restricted niche.

Cutter is another reverse engineering tool. To be more precise, it is a platform based on Radare2. It is more universal than APKtool since it allows reverse engineering executables of all three major desktop platforms (Linux, macOS, and Windows) and some minor ones including BSD, Solaris, and Haiku. Moreover, it supports WinRAR archives, raw binaries, plus a dozen more file formats and over thirty instruction sets, most notably Intel x86 and ARM. One more Cutter’s edge is that it's free - the factor that can be crucial in opting for this tool.

In the contemporary world, cybersecurity is one of the primary concerns both for individuals and for organizations. Penetration testing is designed to assess corporate defensive procedures, the preparedness of the staff, discover hidden vulnerabilities, devise counter-measures to probable hacking attempts, and safeguard data, software, and infrastructure. Our team is able to perform high-quality testing, highlight the problematic zones, and provide guidelines for improving the security policy of your company. Contact us to get a professional consultation.