Conducting the right mobile application testing is directly tied to hiring the right person to carry out the test. The CAGR of the mobile app testing marketing is likely to rise by 18.5% between 2019 and 2029 — says FutureMarketInsight. 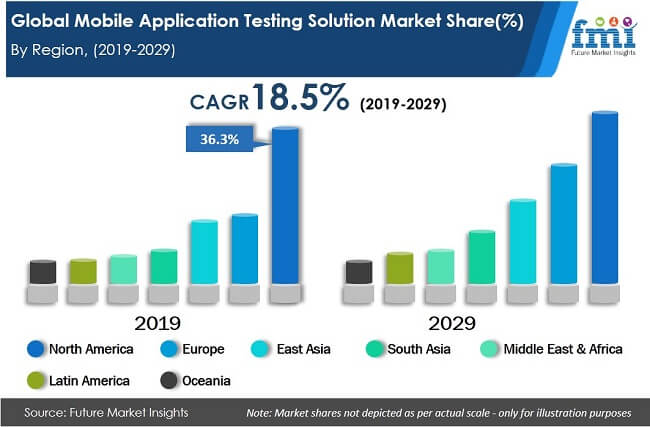 That means a good deal of investment is ongoing — both in human resources and technology to test mobile software. Investors, in turn, are expecting high ROI coverage.

The fact is testing is key to ensuring that a program meets the needs of the development company and the end-users. However, the silver lining is promised if you use quality mobile app testing services. This requires chairing a successful interview process. How to go about it?

We have carefully selected the best interview questions you should ask the candidates together with the answers you should expect from them. Plus, you can switch things up by adding other questions. Simply, check out Top 50 Software Testing Interviews, where we discussed all-inclusive interview testing topics.

1. Differentiate Between Testing A Mobile Application and Testing a Mobile Device

Testing a mobile device involves cross-checking the hardware and internal programming of the device. Functions such as the camera, the touchpad, antenna, the motherboard, the random access memory (RAM), the operating system, etc., make up the device, and all get tested during mobile device testing.

A device is incomplete and quite useless without installing applications into it. While without a device, an application does not have a place to be functional.

5. How Can You Test Mobile Application CPU Usage?

6. Describe How To Test Mobile Applications Over Networks 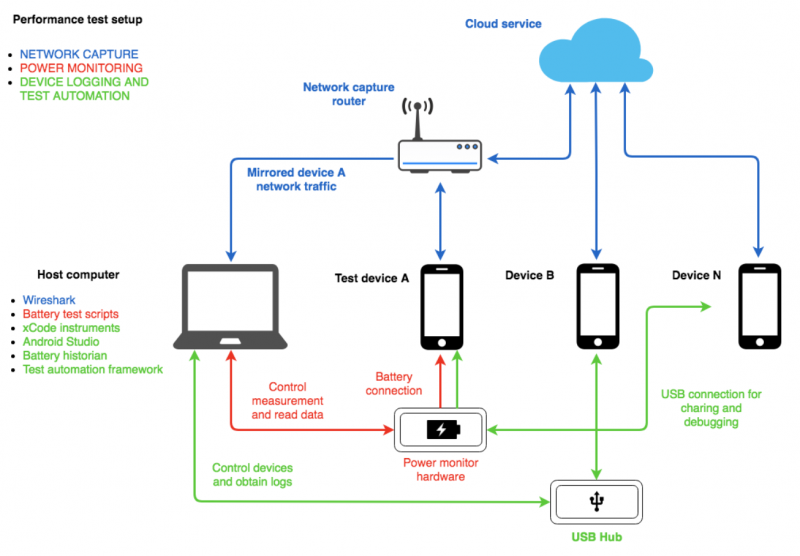 Various applications behave differently over multiple networks. This testing procedure is quite time-consuming because there are different networks, and all have a different effect on applications.

7. Factors To Consider While Carrying Out Sanity Tests On Mobile Applications

For instance, an application's performance when a call or message comes into the device can be tested.

Simply put, interrupt testing, as its name implies, is a test that determines the performance of a mobile application when there is an interruption from another application on the same device.

10. Can Penetration Testing Be Done On Mobile Applications?

The simple answer to this question is Yes!

Thus, security loopholes and unforeseen data leaks are promptly attended to. A penetration test and a general security test will ensure that all the data associated with the application are secure. Thus end-users feel comfortable using the application.

11. Describe The Latest Version Of iOS

The latest version of the iOS is iOS 13.6.1, which is also the newest version of the iPadOS. It is made available only for iPhone 6s and above/later iPhone devices. It is also available for the iPad Air 2 and later, the iPad mini 4 and later, and the iPod touch 7th generation. It was released on the 12th of August 2020. It comes with a more secure security package as previous versions are no longer placed under many security checks. This is why it is easier to hack older versions of iOS. Releasing updates regularly is one effective way companies use to stay ahead of fraudulent hackers.

12. Describe The Latest Version Of Android

"apk" means the Application Package Kit. It lets the android operating system identify the contents of the application by essentially making it a native app. Without that extension, the Android OS and device will altogether reject the application and view it as a mere unusable file.

iOS applications have an extension of .ipa.

Without this extension, an application cannot run on an iOS device.

As its name implies, a Test Case Runner is a software on which a mobile application can be tested. The runner acts as an environment that tries to represent both the device and the end-users. It gives a near-exact environment similar to that of the device and tries out the application's functionalities just as a human user would.

It helps to determine whether the application is good enough for launching to the general public.

16. Explain What Port Testing Is All About

Each of these communication channels is tested to ensure that they interact correctly as ports should and ensure that whatever goes through them is well encrypted and secured.

18. What Types Of Bugs Have You Experienced During Mobile Application Testing?

At this point, the candidate should be able to explain the internal, operational, or design flaws he/ she experienced during their mobile application testing jobs. Bugs can be either malfunction, miscommunications, syntax errors, viruses, etc.

The candidate should also explain how he/ she cleared the issue from the application and what lessons they learned from experiencing such problems.

It is vital to know that bugs discovered in mobile applications are categorized into:

Robolectric is an environment that allows one to test a mobile application on a desktop. The Robolectric approach also allows testers to write lines of codes that activate unit tests. All this is done on a desktop or a computer. 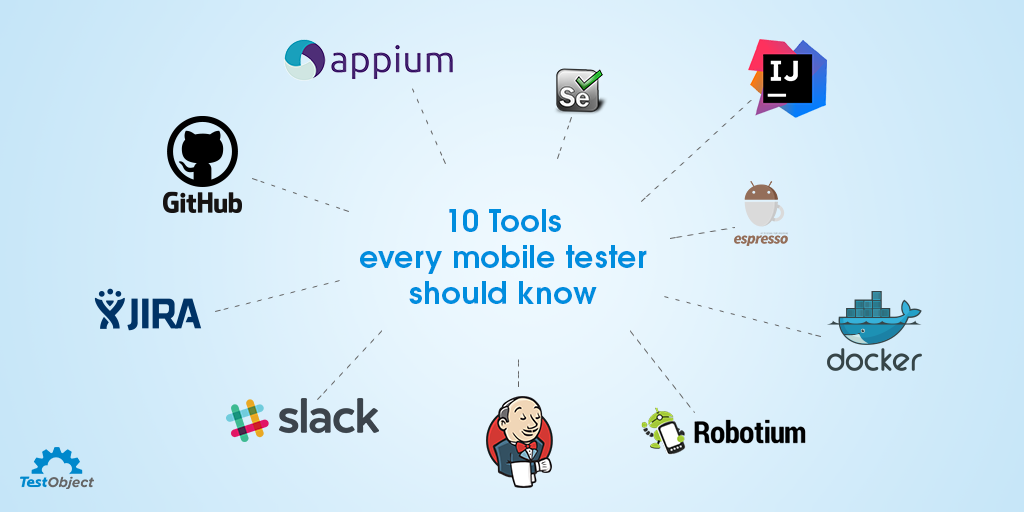 It is imperative to do a background check on a testing tool before using it. Check out everything you can about the tool, such as the operating system it supports, the cost of its license, the software and hardware specifications of the tool, etc.

From the above paragraph, you can understand that low-level resource testing deals mostly with issues centered around internal storage.

A simulator is very similar to a Test Case Runner. It provides an environment that is the same as the device on which the mobile application will be installed. A simulator can be made available within a desktop or a mobile device. However, most simulators are available on the desktop.

A simulator will make you understand how your mobile application will operate when installed into an operating system.

23. How Often Should A Mobile Application Be Tested?

A mobile application should be tested as frequently as possible. During the development of the application, various tests should be carried out.

After the development of the application, just before launch, it should be tested.

After the application has been launched, various tests should also be carried out, to initiate upgrades.

Like software, the most appropriate strategy for testing mobile applications follows the application's life cycle.

The strategy includes the following procedures:

These issues hinder some functionalities; however, some fundamental operations remain active.

In some cases, the application might come on, operate for a while, then hang or freeze while performing a specific function.

Minor Bugs can be managed to some extent, but tend to become worse if left unsolved.

In some cases, significant bugs may paralyze 70% and above of the application's functionalities, leaving about 30%, which in most cases may allow an end-user to glance through the application without being able to use it.

Bugs that hinder all the operations of the application are categorized as block bugs. The application cannot even come on at this point.

This is the stage where the bug increases its effect by affecting the device where the faulty application is located.

Thus, the bug is said to spread from the application into other applications or into some operational areas of the mobile device itself. At this point, the whole device is vulnerable. Therefore, during repairs, both the application and the device with all its contents are taken seriously.

29. Which Operating Systems Mobile Application Have You Tested The Most?

The candidate should be able to explain the operating system they are more familiar with.

This question will enable you to know the candidate's strengths and weaknesses regarding mobile devices operating systems.

30. Explain Your Most Difficult Experience With Mobile Application Testing

This question is meant to reveal the candidate's breaking point and whether he/ she overcame and learned from the difficult task.

Just as gold is tried in the fire, a difficult task is meant to refine a mobile application tester with valuable experiences.

Hiring a software testing company can help prevent such shortcomings by significant degrees. Use the above mobile interview questions and answers as a starting point and tailor them according to your needs.

The best candidates will be practice-driven and will have exceptional communication skills. They’ll demonstrate success through experience and have strong work backgrounds to share.