Manual vs Automation Testing: What to Choose For Your Project

Delivering a product to the market usually includes testing. It is done to ensure that software or application behaves according to the technical requirements and does not contain bugs.

There are two types of testing you can choose for your project: manual and automation testing. In this post, we are going to talk about the differences between them and how to select the type that suits your project best.

What is manual testing? 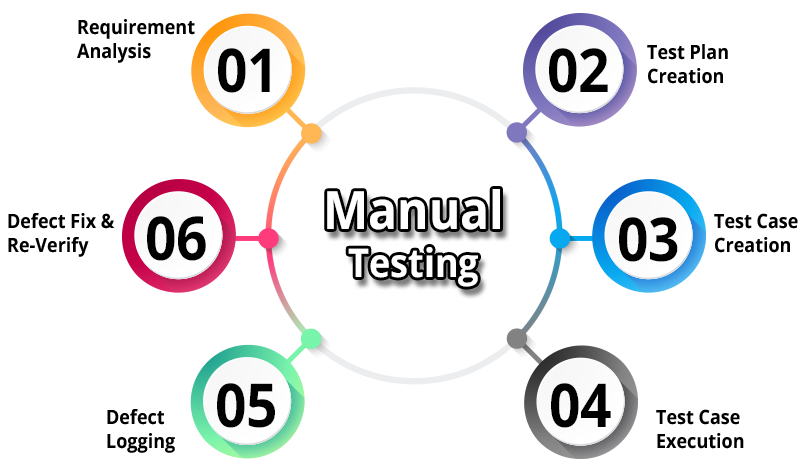 First of all, let us clarify what manual testing is. This is the procedure of checking that everything in the program works as planned that requires prepared specialists. They click links and input values into fields, verify outputs, and press buttons manually. Their job is to find bugs or other issues and report them in a way so that software developers could find and fix them.

There are several types of manual testing that you might need for your project:

As you can see, manual testing can be applied to a wide range of cases. Now let us see where exactly it is the most beneficial.

The benefits of manual testing

Manual testing is a classical approach to software quality assurance. However, there are cases when human presence strongly outperforms scripted testing:

In the short run, manual testing is less expensive and more cost-efficient. The threshold of this profession is low. Companies can hire beginners and train them in a small amount of time. Almost anyone can become a manual tester. With this kind of testing, you don’t have to invest in expensive software and a team of qualified software developers to get good results.

Human judgment and intuition allow checking the components of the software that require expertise a computer cannot provide. In difficult cases, humans do much better than machines.

Automation testing has many benefits, but there are some areas where they become useless. Human expertise is valuable to provide real feedback about the usability and convenience of the user interface. You can get the opinion about the product approximate to one of the users if you attract testers to the process.

The disadvantages of manual testing

There are cases when manual testing has some drawbacks. In some situations, you will have to assess the pros and cons of each testing approach and choose the more cost-efficient one.

This is the reason why automation testing appeared in the first place. The chance of error or not finding bugs is higher when you’re working with people. They might be biased, tired, or unqualified. You need to invest in the development of your personnel or look for qualified specialists if you want to be sure of your software quality.

In case you need to test a large-scale software system, manual testers will not be able to deal with such volumes. You can expand your team and hire more manual testers. However, if we are talking about products that are comparable to a federal healthcare system or aircraft control systems, it is more cost-efficient to automate at least part of your tests.

If you only use manual testing for all quality assurance work, it might take a lot of time. The employees will have to check every element and report problems, which takes more time than just running a script.

What is automated testing? 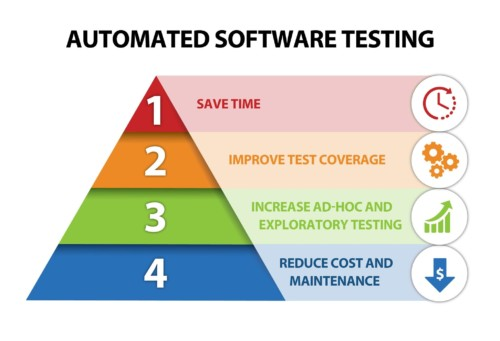 Now let us see what we understand by automation testing.

Unlike manual testing, it happens with the help of some programs called scripts. They conduct the validation of programs automatically and do not require manual control. However, they imitate the manual way of validating applications. Their goal is to make sure that test execution is completed in a minimal amount of time.

Automation testing needs software programmers to work on the project. They write the tests suitable for a particular project and monitor its execution. 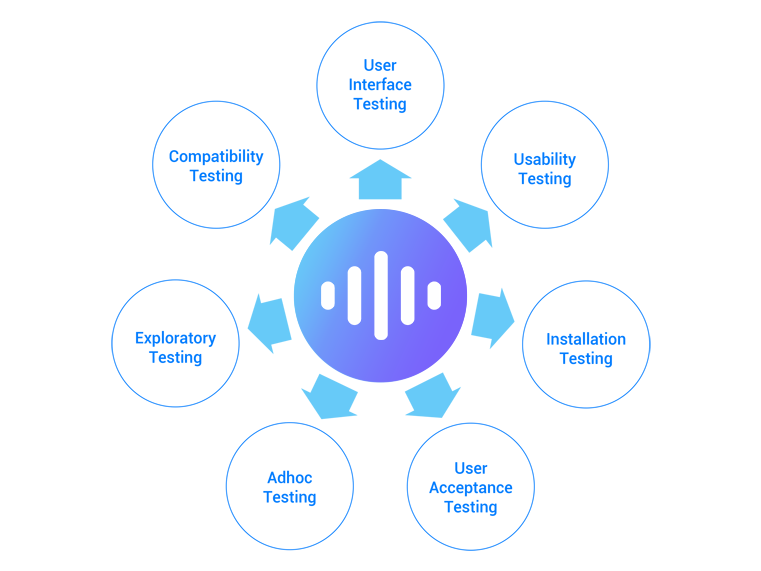 Here are some common types of automation testing:

The pros of automation testing 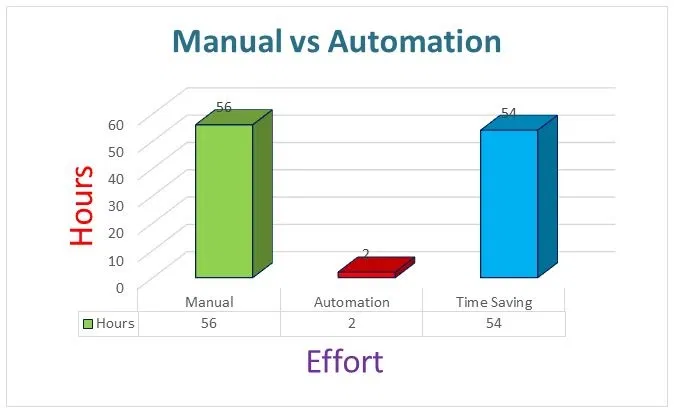 Automation testing provides many benefits that are important for software development companies and their clients.

Automated software testing allows us to perform testing faster and check larger volumes of data. One script can do the work of multiple manual testers in one working day. When you need to deliver the product to the market as fast as possible (for example, in the conditions of high competitiveness), automation testing is your best choice.

Automation testing software that was written by professional doesn’t miss bugs and reports all issues in a way that is easy to find. Human testers might be inattentive or limited in knowledge. However, the algorithm will always behave according to strict requirements. From this point of view, you can say that automated testing is more accurate because it allows finding standard bugs easier and not to miss a thing.

It is possible to use the same testing scripts on different software or software components with no (or almost no) alterations. Automation software requires investments of time and money at the beginning but, in the long run, has hired reusability than manual testing.

As we have mentioned above, the software allows testing data of larger volume while there is a limit to human possibilities.

The cons of automation testing

There are two major disadvantages of working with automation testing:

Tests should be entirely changed if there was a change in user interfaces. Humans are flexible; however, if you want to get accurate results after introducing changes to the interface, rework the script.

Automation doesn’t work well with nontrivial problems. Some problems are too complicated to script and require human interference.

Manual vs Automation testing: what to choose?

The moral is that every approach to testing has both strong and weak points.

When go for automated testing

Automation testing provides high reliability and accuracy. It allows us to test software systems of any volume, and we cannot go without it when working on large projects. Automation testing is an excellent solution to streamline the time to delivery without compromising on quality.

However, you will never be able to automate every task.

When you need manual testing

Manual testing shines when you need to work on a wide variety of situations. For complicated cases and usability testing, human participation will always be required.

In this post, we’ve covered the pluses and minuses of manual and automation testing and discussed the cases when each of them works best. Stay tuned to our blog for more mind-blowing materials from the world of software quality assurance.

If you are looking for qualified software testers who are proficient at both kinds of testing, contact us. We will analyze your case and propose testing strategies that suit your situation.