What Does Regression Testing Mean? Everything You Need to Know

Regression testing is an excellent way of figuring out if existing software functions work exactly as expected after changing something in the internal system. It tests everything from the workings of a new functionality and compliance of current software updates to the application requirements.

Well-planned regression testing can make a difference in the quality of your software. It turns out that one of the problems is that many software development teams aren’t precisely sure of the need to perform regression testing; thus neglecting it. Since developers upgrade software regularly, it’s likewise important to test it repeatedly for optimal efficiency.

So, it comes as no surprise that IT organizations generally allot 23% of their yearly budget to Quality Assurance Testing. 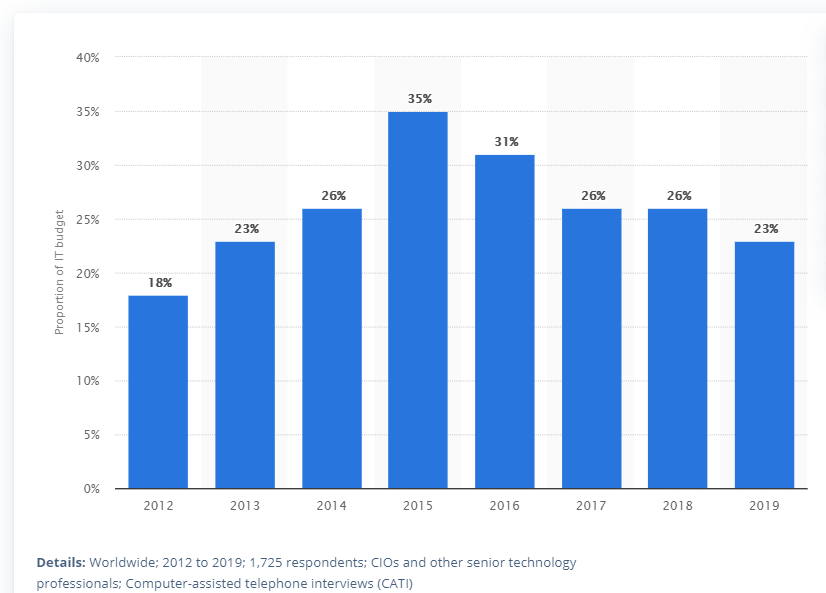 Regression testing is one such. Think of it as routine car maintenance: you installed a new accelerator pedal only to find out that while the throttle fires perfectly, the clutch no longer works. Similarly, during cycles of software and requirements revision, new tweaks could impact smooth operations. You have to recheck the functionalities to see how well they behave.

The goal of Quality Assurance testing is to ensure that your IT products are without defect and will still meet the expectations of their users. It allows developers to work out all the kinks and potential problems of a model before it goes into full production.

Thankfully, you don’t have to blaze the trail. Customers of UTOR already benefit from our regression testing solutions, and we can tap into our pool of experience and share requisite with you. Plus, there are tools and techniques available to do much of the hard work for you.

We’re going to discuss regression testing in-depth, when and how you can perform it, and give you easy guidelines that will get you required results.

Regression Testing and its Types

Several ways make testing for regression in systems plausible. The techniques rely on variables such as the nature of changes made and bug repaired.  The basic types of regression testing are:

During the selective type of regression testing, we focus on selecting a group test cases from already tried test suites. This process is called test case re-execution. Instead of retesting the whole system, we block integrations and check only specified components of the system. Narrowing down to the most effective units reduces cost and work done. Selective regression testing is the same as unit regression testing because we execute it at the unit level of software testing.

We do a partial regression test usually after the impact analysis—process of reviewing how particular changes in the software affect the rest of the system. For example, how does adding a new code line impact the integration set up of an application. Unlike in selective, we allow fresh functionalities to interact with current ones. This testing comes highly recommended whenever new codes are added because you want to ensure that any system updates do not cause defects or total failure.

In complete regression testing, we regress the entire system. We identify uncertainties within the modules because of multiple changes to the code. This testing is relevant to the future user-experience as the software release happens right after it. For that reason, it’s best to hire an experienced Quality Assurance team.

For times when we modify the test requirements and also build new test cases, progressive regression testing will be most ideal. The intent is similar to that of the partial variant—making sure older functions are uncompromised.

Also classified as a type of retesting, corrective regressing is suitable when, in fact, no new updates or codes are added. But since we still want to correct an anomaly, we regress the system. In other words, we perform the test on existing test cases.

The Benefits of Regression Testing

Regression testing shows that even the best software development companies and teams can get things wrong. Performance results are rather hard to predict without testing. The benefits of doing regression tests are:

Because you’re testing two versions of the same software, you can measure how certain changes affect performance, usability, or reliability functions. Testing one change at a time also shows you how it may affect users’ behaviour. Updating impactful changes will ultimately improve the total quality, optimising it for success.

The Ease of Analysis

Determining a winner or loser of a regression test is straightforward: which code or group of codes comes closer to its goals (functional and non-functional aspects).  Regressing is a simple and effective means to satisfy modification requirements.

Another great thing about regression tests is scope. It isn’t restricted to one testing model. This multivariate nature allows you to test units and integrated entities to get even more in-depth results.

An early bug patch often reduces the associated costs. You can avoid commitments to costly, time-intensive changes proven ineffective. Doing so helps manage resources and effort invested in both the building and testing of the program.

Did you know app crashing is the top reason why 80% of apps are deleted after a single use?  By regressing, major decisions can be well-informed, avoiding mistakes that could otherwise tie up resources for minimum or negative gain.

Parasoft states that a company could lose roughly 2.3billion of its shareholder value after publicly revealing a software failure. As you may be aware, word of mouth is everything in the running of a business. 74% of users base their buying decisions on word of mouth. Building trust in your customers is relevant to your business as a whole.

When Do You Need a Regression Test?

We can invariably deduct that this type of testing fits for when:

We’ve curated a list of 8 best regression testing tools that will help optimise your testing efforts. Take a look here.

The following is a regression testing framework you can use to start running tests. 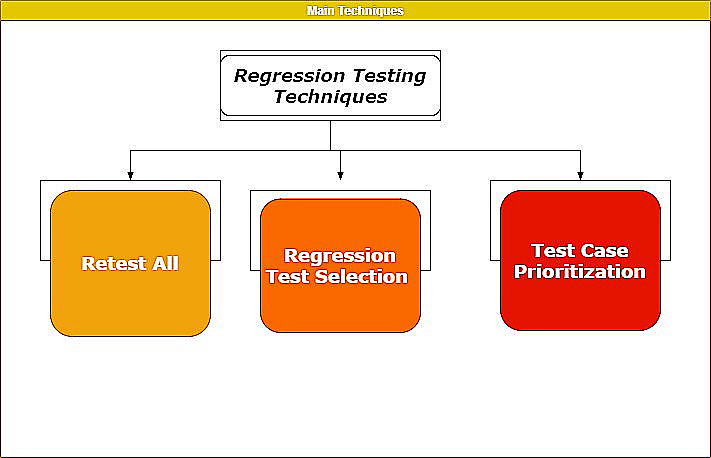 Changes can be anything from a glitch fix, brand-new code, and refreshed GUI design. The modifications can also vary from tiny to significant.

Once you’ve recognized a change, you can begin studying them and forming hypotheses for why you think they impacted the current version of your software.

Step 3 — Give Prominence to Modifications

Proffer preference to test cases that require regressing. Your selection should base on their features and effects.

Kick-off test case execution using automated and manual testing tools. Use powerful testing tools that will make the changes visible. QA this stage to make sure it runs as expected.

Compose a report in which all the test cases explicitly state their success/fail score. Also, note all the faulty test cases.

Retesting is a process of verifying failed test cases in a previous execution to make sure they become successful after a defect fix. Regression testing, on the other hand, involves testing to see whether novel changes in a code root or an application has no side effects on unaltered sides of the system. The basis of differentiating the two would be:

Understanding Configuration Management as a Part of Regression Testing

Configuration management is a series of controlled actions directed at giving better clarity to our tested regressions. For regression testing to be valid, we carefully manage testing conditions to prevent impurities, which may cause a false positive or false-negative result. Hence, in using Agile Methodology to carry out regression tests, we must ensure the following:

The Pitfalls of Regression Testing

Regression testing can take much longer to set up, especially if done manually. Setting regression systems can be a resource and time hog, even if outsourced. Depending on the size of the organization, there may be endless meetings about which variables to include in the tests. Sometimes, to get conclusive results, testing can take weeks to months for low-quality software.

This kind of testing only works if you want to resolve one dilemma at a time—which unit interaction gives the best results. Though regressing helps figure things out, on a broader scale, it can also cause issues in the program.

Regression tests once started are hard to stop. Because none of the information from a previous test can be resumed, a new baseline and other types of tests are vital. That said, an exception would be during corrective regression testing, where we do not make changes and may reuse previous test cases.

While you want to test dozens of functionalities on your software, because of limited scope of regression testing, you have to execute test cases one at a time.

The best kind of testware for testing regression is automatic. Manual tools take more costs and  longer time to yield results. The lack of flexibility limits the use of certain deliverables, making it a tough job.

According to Global Market Insights, North America alone records the fastest growing  regression testing rate by region, with a CAGR of over 8%. This market trend is as a result of surging upgrades in mobile applications development and the need to perform concurrent testing .

It all boils down to one thing...

Building an effective software requires a lot of trial and error. Part of your role as a business owner is to employ great Quality Assurance tactics. Part of this is found regression testing. Accurate regression testing can make a huge difference to your bottomline. By using controlled tests and gathering empirical data, you can find out exactly which problems your software may have.

Regression testing done consistently can improve the overall quality of service and exceed user expectations. If you start regression testing, don’t blindly pick a random tester and get started. The best starting point for Quality Assurance  can be determined by analysing your team.

At UTOR, our experts leverage holistic solutions in sussing out crucial things that may be missed out during the development cycle of your software.  We work up-close and personal with our clients to cover and solve problems like: Is the software reliable? Is it scalable? Is it relevant to your business requirements ? Does it meet and exceed the users’ demands?

If you still have questions about regression testing or feel there are other types of software testing you may need, we would love to hear from you in the comments below and help answer your questions.