Interviewing candidates for a testing role is already tricky. But what do you do when you have to interview experts for automation testing services?

You know as well as we do that your preferred applicants should not just be good on paper. You need to hire who can contribute thoughtful responses informed by actual experience.

Consider these automation testing interview questions and answer the starting point towards hiring remote and in-house QA teams. We’ve come up with them to help you zero-in on the best automation tester for your software.

1. What Does Automation Mean?

Automation means using minimal or reduced human intervention with the development and implementation of machines, technologies, software, and robots to monitor or control business processes.

As explained in the introduction, automation testing is a process of cross-checking the functionalities and operational levels of software using a digital system that is built to function independently.

Although there may be some level of human interaction with the testing system, such interactions are mostly limited to the supervision and minor structural adjustments. Automation tests can be adjusted to meet and exceed the potential end-user experience by allowing a human tester to adjust simulated parameters such as database, number of users, number of clicks, etc.

Simply put, during automation testing, the system does most of the work. 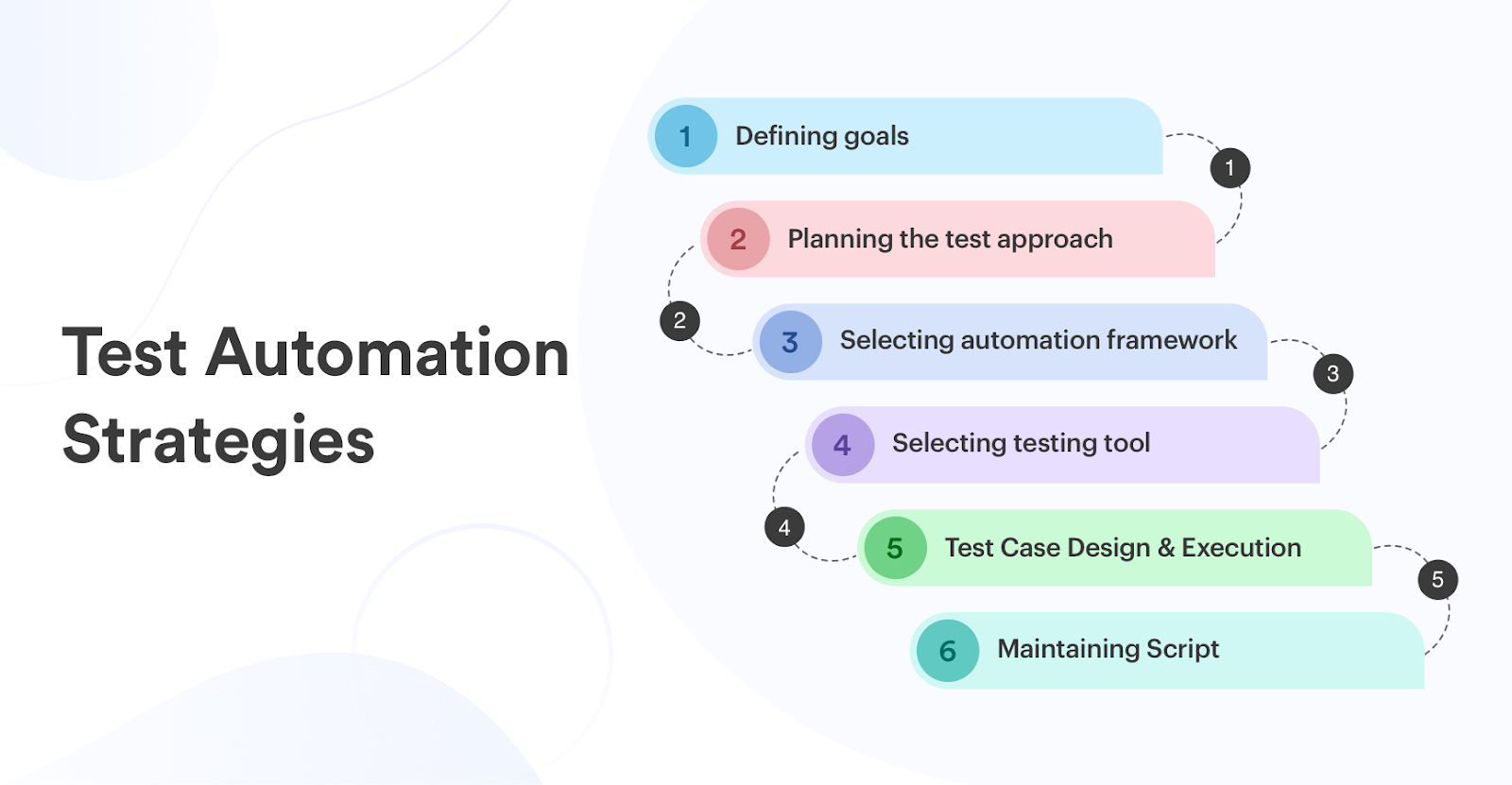 After identifying and choosing the right tool, the next step is to design or select a corresponding automation testing framework.

Remember to make provisions (if none is available through the framework) for storing all the data associated with the software.

Next, you will have to start writing and editing the necessary codes required to run the test and deploy the software.

The next step is to ensure that the entire automation testing process is well documented and made available for future reference.

4. Explain The Importance Of Automation Testing

Automation testing helps to facilitate highly complex software testing, which is usually very difficult to test manually. Big Data can be tested with ease; unlimited amounts of end-user experiences can be simulated, etc.

Automation testing eliminates human errors to a large extent by sticking to the same procedure repeatedly. In contrast, human beings can crack under pressure or reduce their intensity because of tiredness after doing the same thing for an extended period.

5. Describe The Term "Framework" In Relation To Automation Testing

An automation testing framework is simply an environment made up of tools, guidelines, and structures geared towards enhancing an automated test. In other words, the framework makes the automation test more effective and efficient by providing a foundation on which the test can occur smoothly. It's a huge added advantage to any automated test because it also simplifies the process and makes it more flexible for the human tester to make adjustments during the testing process.

6. Is Automation Testing Possible Without A Framework?

The simple answer to this question is yes. However, without a framework, an automated test is so rigid, almost impossible to adjust. The testing process will skip through many essential aspects of what a complete automation testing process should look like.

Without a framework, the tester is restricted to just monitoring the process; data changes cannot be simulated, usage effects cannot be stretched as the test progresses, the software being tested cannot be segmented to achieve a more in-depth analysis, etc.

The first is the Linear Automation Framework, which gives a structured, straightforward testing approach that isn't flexible.

The second is the Modular Based Testing Framework, which allows the software to be tested to be segmented into functions that are tested individually.

The third is the Library Architecture Testing Framework, which groups the segmented functions by their similarities.

The fourth is the Data-Driven Framework, which allows a connection to external storage containing data associated with the software.

The fifth is the Keyword-Driven Framework, which is an upgrade of the data-driven framework because it makes an additional provision for grouping functions externally under similar keywords.

The sixth is the Hybrid Testing Framework, which is a combination of all the other frameworks' capabilities.

Test scripts are also used on the software being tested, depending on the framework in use. Scripts can be written to simulate certain functions, operations, or data on software.

Unit Testing is a type of automation test that is carried out while the software is being developed.

GUI Testing is a type of automation test that is carried out to ascertain the condition of the interface which the end-users will use to interact with the software. Its full meaning is Graphical User Interface Testing.

Functional Testing is a type of automation test done during and after the testing process to check how well the functions of the software are operating.

There are various automation testing tools categorized based on their multiple functions, including:

It is important to note that most modern tools come with a combination of all the tools outlined above. 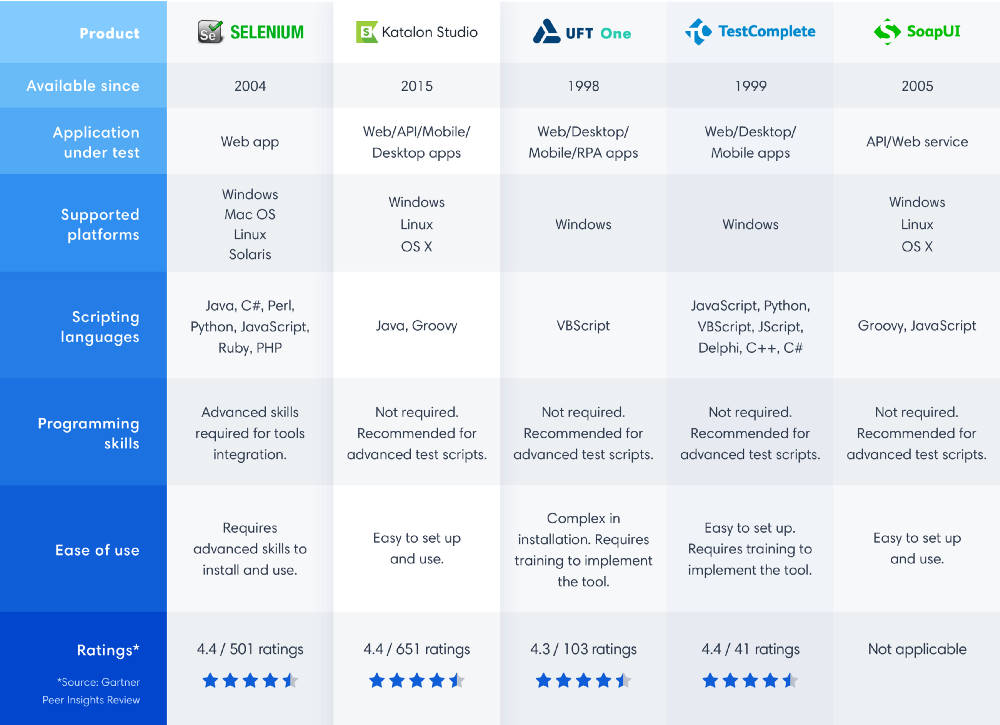 An open-source tool is one that provides access to its internal programming, thereby allowing testers to view, edit, add to, or change any part of the original lines of codes that make up the automation testing tool.

Software to be used on personal computers, mobile devices, web browsers, etc. can be tested here, and this tool focuses on the functionalities of the software and how well they operate. The programming language used in the UFT tool is Visual Basic.

This is another open-source tool explicitly used for testing mobile applications. Cross-platform, native, hybrid, and web-based mobile applications can be tested using Appium. It supports all programming languages. It also makes a provision for databases.

Automation testing is not as flexible as manual testing, even though some automation testing tools and frameworks are flexible. The fact that the tester has to sit back and watch the process at some point confirms some levels of rigidity.

Thus, automation testing requires professional human monitoring, because if there's an undetected error during testing, it spreads down into the rest of the software and can damage everything.

Automation testing requires a top-level system that can seamlessly multitask without any interpretation. Abrupt interruption during testing can cause severe damages to the software being tested.

If the human tester is not well knowledgeable in coding with programming languages, the test cannot be carried out successfully. Wrong scripting can create bugs within the software.

17. What Factors Determine The Selection Of The Right Automation Testing Tool?

18. How Often Should Automation Testing Be Done?

Automation testing should be done as soon as the software is being developed. Thus, during its development process, it should be undergoing various automated tests.

Automation testing should be carried out after developing the software, just before it is launched to the general public.

Automation testing should also be carried out after the software has been launched periodically, which will help to know which upgrades to implement.

The candidate will have to explain his/ her automation testing experiences, such as the number of automation tests they have successfully carried out, the type of software they tested, and the type of tool and framework they used. He or she should also be able to explain their most encountered type of software, type of testing tool, and framework. This will give you an idea of his or her strengths and weaknesses.

21. Describe Your Most Difficult Automation Test

Many interviewers usually overlook this question; however, knowing the candidate's most challenging automation testing experience is essential.

Being able to explain his/ her most difficult test proves whether he/ she is a novice or an expert and whether they overcame and learned from the experience.

This question also helps you to know the candidate's breaking point, strengths, and weaknesses.

Finally, this question will reveal the extent to which the candidate researched your company.

He/ she should be able to identify areas in your software testing process where they will add tremendous value.

Simply put, the candidate should be able to sell themselves by explaining their competitive advantage over the rest.

These are some of our favorite questions to ask  automation testers. With these questions and commensurate work on your part, you can also attract rockstars who can make your winning test automation strategy a leading one in the software marketplace.

Give us examples of great questions you consider relevant to an automation QA role.