Importance of Unit Testing: How It Aids Development Projects

The importance of unit testing in the SDLC can’t be overlooked. Usually, companies consider a few factors like time and resource cost in their Unit testing, making them go on without it. Although this seldom works out, there's a lot to consider further.

For example, the time and resource cost may not be a direct cause of Unit testing. The issues with the testing life cycle may be triggered by other underlying factors, including flawed design, documentation, incomplete specifications, and the list can go on forever.

After assessing these, it will be a very biased judgment to conclude that the time and resource factors are solely responsible for any issues encountered along the way. 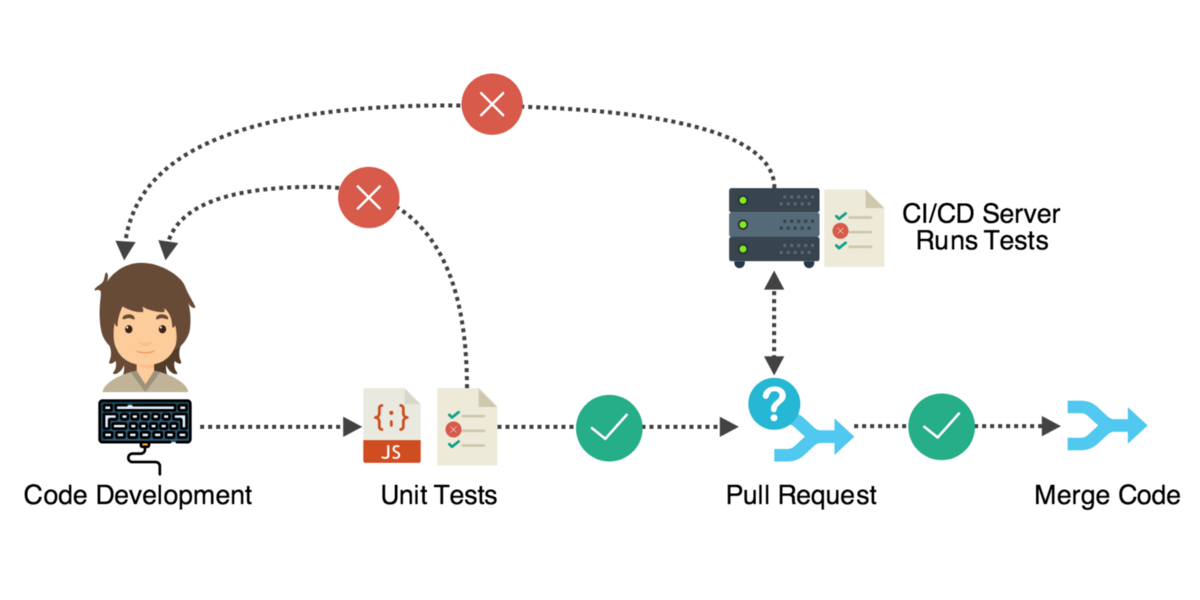 Hence, we will be checking some of the advantages of performing unit testing. Our testers always carry out this test as the first level of the SDLC. From experience, teams that forgo this level have difficulties in proving the quality of the very first code lines written by software developers. As such, neglecting it frustrates the future efforts invested in testing.

Before listing some of the utmost importance of unit testing, it's only right that we take a look at the meaning of Unit testing to better understand its significance.

What is Unit Testing?

Unit Testing is the initial stage in the test life cycle of any software build. As the name implies, the individual units undergo functionality and efficiency tests to ensure they meet the given requirements before integration.

Taking everything into account and keeping in mind that the individual units vary from each other, a successful Unit testing phase will require that the team or test manager has a vast and deep comprehension of even the smallest features of the Units to be tested.

It's advisable to run a Unit test alongside the regression and integration tests whenever a code change is done on the application's structure. This helps in finding out and tackling underlying issues.

Having looked at the basic definition, let's talk about the importance.

What is the Importance of Unit Testing?

Any effort or resource put into a venture should be expected to have a positive eventual result, and the same goes for Unit testing.

Some businesses find it a tough decision when posed with the question; Is Unit testing necessary, and will it be a value worthy procedure to embark on?

In response, let’s look at several reasons why you should go with the procedure to the latter.

1. To maintain Orderliness and Strictness 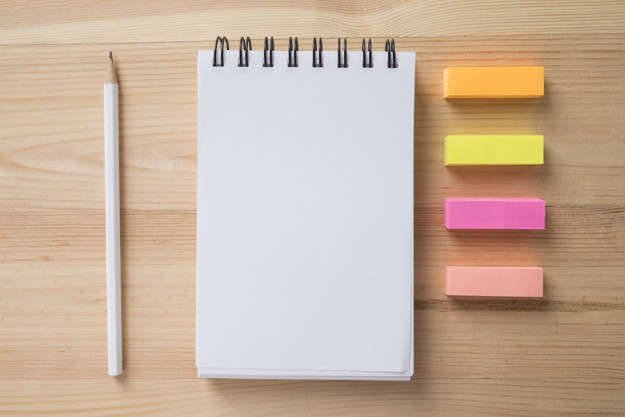 Although software developers bring about reasonable and scientifically feasible solutions to issues, there are still quite a good number of lousy application builds on the scene currently.

Every chief IT personnel also agrees that they want their development efforts and processes orderly and in line; however, they go about where the problem lies.

Unit testing, for the most part, is development-oriented. If you get it right, this process can ensure the orderliness and rigor that ensues for the rest of the testing life cycle.

Paying no mind to the systematic flow of the unit testing as the very first phase certainly sets the pace for a mostly disoriented and disorderly testing life cycle.

2. To Answer the Question; Will It Function?

Will the software build function? The above question is more of a boolean and will require a definite Yes or No for whatever reasons. The outcome or feedback cannot be indeed accounted for until it is test run.

Regardless, the developers will be looking for a particular result, and they can only get their answers as the test goes on, and other test phases are performed.

The Unit testing stage is the first step to the journey of a million miles, through the software testing life cycle, to determine the software build's ability and eventual fate.

Just like the Unit testing alone doesn't determine the outcome of the software's test results, the same goes for every other stage, up until the final step is run and it is ready to be deployed.

To state the obvious, every interaction with the build tests its functionality somehow, and this tells us how effectively the build works, starting from the Unit testing.

3. To lower Intricacies of Software Metrics and Circuit

Simply put, this is the capacity of how intricate the coding of software is. The code structure gets more detailed with further conditioning, making it a lot harder to achieve a good measure of unit-test coverage. 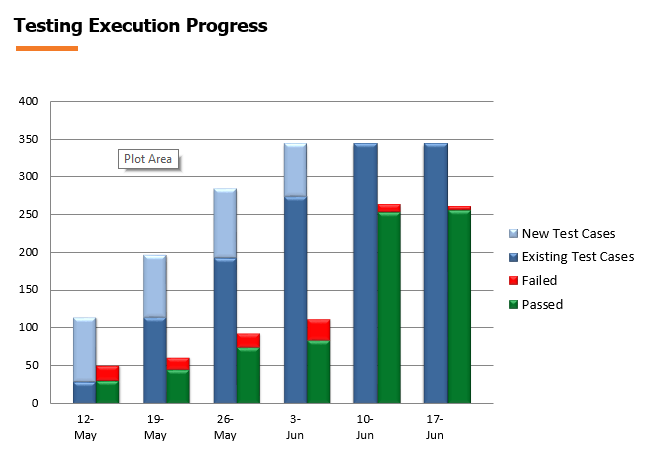 This aspect of the software structure usually stays hidden from testers if they fail to initiate the Unit testing.

Although it's still possible to ascertain the nature of the software metrics and intricacies through code coverage, this method won't be useful. The reason is that it's not part of the core dev process, and by the time it gets initiated; the coding is already in place at its core.

4. Make Sure Your Software is Tested before Delivery

It would be unusual for anyone to purchase a vehicle or electronic device without first of all test-running it and checking for faults and discrepancies.

When this is eventually done, and any issues are identified, that leaves a massive dent in reputation. One would most likely move on to a different brand name.

The same goes for specific software builds, but the customer is usually left with no alternative for many reasons; therefore, the code must work. 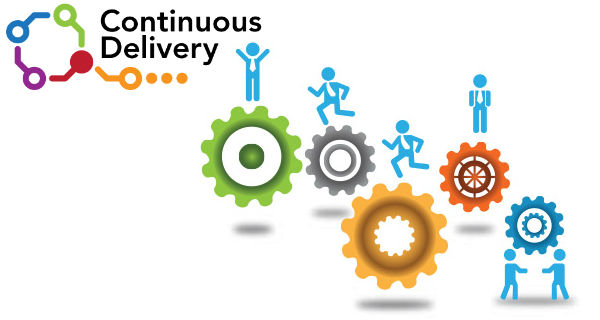 Unit testing is a way to make better sure of this. And if deployment can't be reached, more often than not, the problem isn't with the Unit tests. But maybe even the lack of it.

You should know that the rapid implementation of your software is also a recipe for immediate failure, and it's a good thing because more light is shed on the issues, which in turn will be easier to deal with and have a top-notch build quickly.

How can you tell when a software build is not up to par? Well, unit testing is one suitable method to know from the onset.

Suppose documents or articles are needed to decipher a system's components' workings. In that case, it's usually tedious to write these documents, not to mention the cost that businesses wouldn't want to incur on themselves.

This scenario usually involves having a new developer on the ground and bringing them up to speed and since nobody enjoys writing bulky documents.

As Such, it's a perfect case for the documentations made during the Unit testing phase because they show exactly how the build and each component are expected to function in any case.

And not to insinuate that these same documents are suitable to be given to the end-user, but there's no better way to have the newbies on the team acquired an intuitive understanding of the software, inside and out, while saving cost.

6. Measure the Required Effort for Modifying a Pre-existing Feature 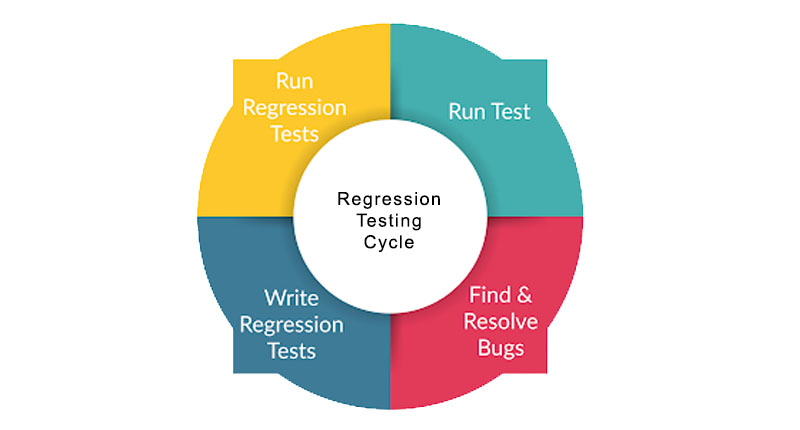 It's normal for software requirements to change over time to suit the customer's needs. In a situation where no previous Unit tests have been performed, an estimated guess is usually the next best answer to come up with the effort required to make the changes.

Since the estimated guesses will be based purely on intuition and level of knowledge, it means that only developers with the highest level of experience would be called on to perform.

It's most important to note that performing unit tests on software will give the tester a chance to acquire some degree of the cost estimate of a new or pre-existing feature.

Using functioning Unit tests could do a lot in a software build's life cycle, especially with the code's nature, how and if it will run or not.

This can be quickly and easily done with special tools that perform correct unit tests and provide measurements on the code range.

If the code doesn't hit, and perhaps there's efficient test coverage sufficient for all cases, then the code can be scrapped. If the opposite is the case, then there's at least one more test writing to go.

Let's assume that a list is to be worked on, and information such as an operation's success rate is also to be obtained after that. Without a proper performance tool, unit testing results serve in its place.

Also, assuming that the list grows with time. This has been determined as a fact, and the growth rate is readily unavailable but needs to be evaluated.

The next best option would be to go back to the unit testing results. With these results, the extent to which possible scenarios can be created is inexhaustible, ranging from areas one is oblivious to the size of outright ridiculous probabilities.

You can quickly tell the point at which your build would break down, even when it's virtually impossible to reach such heights by a long mile.

It sure sounds like a great feeling to be able to call and solve a non-existent problem that may never be, with ample evidence at your disposal.

9. Gives the Possibility for Continuous Integration 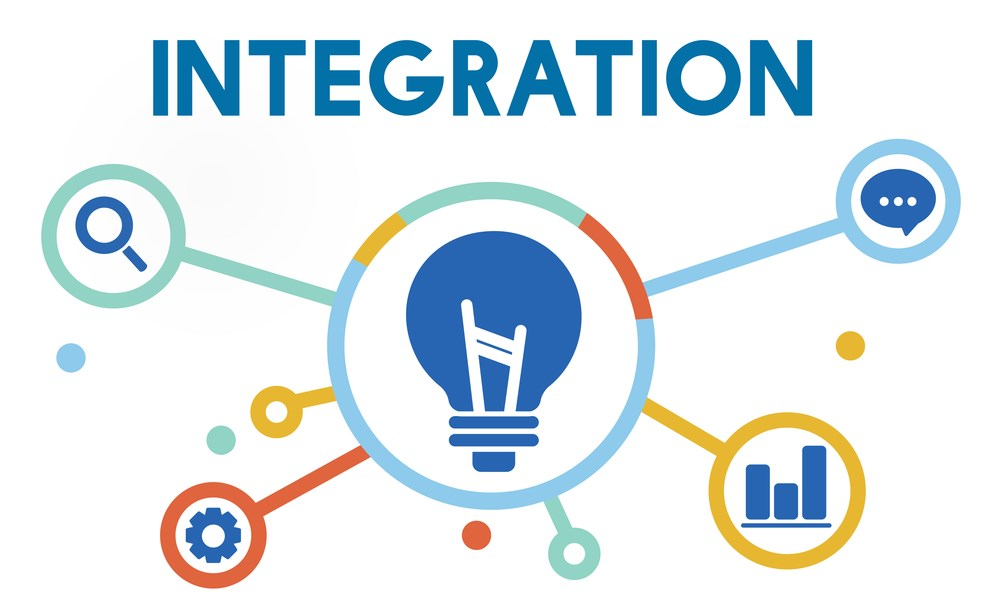 To best explain this subheading, let's assume this scenario for a minute;

There's a team of developers working on a project, with about 15-20 people on board. Each person has a specific area they're working on.

One of the developers makes a change that'll affect the whole system, a breaking change, but every other person stays unaware. The CI server taking care of the compilations also doesn't encounter any merging conflicts and carries on with no problems until it's too late, and the application is run, and it goes up in flames.

Unlike errors encountered during compilation, runtime errors can only be realized and dealt with when the software runs either during deployment or the user-acceptance. If this is the case for your software development team, it will most likely not end well.

Agreeably, CI servers are fine and instrumental in test compilations and management, but without Unit Tests, the CI environment barely has any use. Like Sway, it doesn't have all the answers, particularly to the question of "if the application works as it's required to."

To wrap it up, Unit testing has to have a part in your software development, or you might be headed downhill. When putting factors like lower cost, better quality to the side, the answer could be damaging.

But otherwise, Unit testing gets a nod from any rational technology company looking to go about their development process the right way. This is an essential factor that distinguishes a pass-time testing hobby from a real professional business.
Looking at the nine reasons given above, you may want to reconsider the question; If you can have a successful development Project without unit testing? Which you may have answered positive on any other day. That said, unit testing is only a part of the entire testing life cycle. You still need a complete evaluation of other aspects of the software. Our next recommended blog post on the levels of testing that covers the next 3 testing levels which companies need to undergo.